The San Diego County Credit Union Holiday Bowl’s board of directors has appointed Dan Moore to president of the 2020 Holiday Bowl. 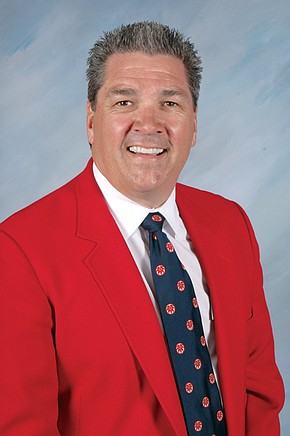 Originally from Woodburn, Oregon, Moore received his undergraduate degree from Western Oregon Univeristy and his Master’s from the University of Akron. He moved to San Diego in 1999 and has worked in real estate since. He currently is co-manager of a portfolio of commercial and residential properties in San Diego County through Crown Pacific Group LLC.

Moore joined the Holiday Bowl committee in 2005 and has been an active member of the bowl’s golf classic committee for 15 years, according to the release.

Other 2020 elected officers for the San Diego Bowl Game Association include Bob Bolinger, president-elect; Cherry Park, secretary; and Jackie Reed, treasurer. The 2020 SDCCU Holiday Bowl will be played at SDCCU Stadium. The date and time for the game have not been announced yet.