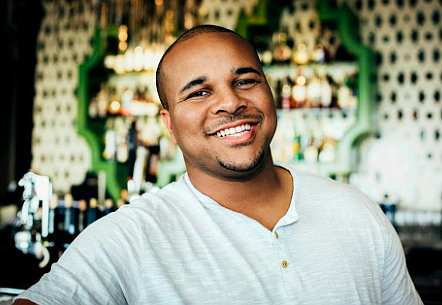 For Billy Gene Shaw III, founder of Billy Gene is Marketing LLC, most of the milestones he’s hit in his career have been the result of a pivotal move.

Shortly after being founded in 2015, Shaw shifted the direction of his company from an agency, which does the marketing for clients, to an educational approach, where he teaches business owners how to market their companies themselves using social media ads. That is when his business, which grew from $1 million in revenue its first year to roughly $5 million by 2018, began to exponentially scale, Shaw said.

His latest move, in response to COVID-19, includes changing the focus of his messaging from “learn how to grow your business” to “here’s what to do now.” As a result, June has been the most profitable month in all of Billy Gene is Marketing’s history, according to Shaw, age 32. The company, which currently has 100,000 students in 75 countries, picked up an additional 11,000 last month and brought in $2 million in revenue in 30 days.

“When COVID first dropped, everybody was like, what’s going to happen?” he said, “even successful people, everybody was in fear land, wondering how bad it would all get. And, there was a moment I, too, had that fear. But then I said, let’s find a way to adapt. We help people get customers. When it goes down, we need to do that even more.”

In early June, Shaw released a new program called “30 days of Geneius” (a play on his name and the word “genius”). The information is delivered daily via online classes, seminars and videos through which he teaches others how to get customers online using Facebook, Instagram and YouTube ads. He also made available a “legacy bundle” package that includes all of the advertising and sales courses he taught the previous three years priced at $31, said Shaw.

That month, profit margins were at 50%, he said.

For Shaw, a lot of what he teaches comes from trial and error and first-hand experiences.

After a failed start-up oil change company and an entry level job at 24 Hour Fitness, Shaw, who grew up in San Diego and attended the University of San Diego, got a gig at Ashford University.

It was there that he was exposed to the power of online education, he said.

“I learned a lot of good things there in terms of building a company,” said Shaw. “That is when I got obsessed.”

Inspired by what he learned, he tried his hand at online education, launching a company called Rethink and Relive, said Shaw. It was basically an online classroom, he said, for which he licensed courses from other instructors to teach people how to quit smoking, quit drinking and lose weight.

But it was difficult to sell his product and find customers, he said. He tried call centers, door hangers, and nothing seemed to work. That is, until he stumbled upon Facebook ads in 2012 and completely “fell in love with it,” he said.

And, things started to take off from there.

Before he knew it, he had customers asking him to teach them how these social media ads worked and by 2013, Shaw had pivoted to education. It wasn’t until 2015 that he legalized the entire operation and made Billy Gene is Marketing official.

“As an agency, you are limited as far as the people you can help and it requires a lot of human capital,” said Shaw. “In education, you can impact people a lot faster. Education allowed me to reach so many more people.”

Miro Copic, marketing lecturer at San Diego State University and partner at Bottomline Marketing, said it is this same hands-on experience, coupled with his target market, that has helped set Shaw apart in this industry.

“Agencies have ways they want to communicate and he uses himself as a success story,” said Copic. “He is talking to small to mid-sized businesses, mostly e-commerce, maybe some franchise owners, marketers or entrepreneurs that feel marketing needs to be delivered in this manner. He is practical and charismatic and has obviously resonated with some key profile clients.”

Copic is right: Billy Gene is Marketing has an audience and Shaw is capitalizing on it.

A year and a half ago, he built a studio in his downtown office where he teaches students in-house. It seats 25, he said, and provides catered lunch and reclining chairs for the ultimate experience. He said he’s had students fly in from as far as Singapore to take his in-person classes.

Today, 99% of Billy Gene is Marketing’s students are from outside of San Diego, said Shaw, with 60% coming from elsewhere in the United States and the other 40% from outside the country.

Regardless of place of residence or location, ultimately, for Shaw, education is key.

“I got into entrepreneurship for freedom,” said Shaw. “First, I wanted to be an entrepreneur because I wanted money. What made me love it and never look back is freedom and not having anyone control me. But what I fell in love with is impact. I did this for money, then for freedom, but as I became financially secure and was able to take care of myself, in the present day it is about me helping the next person. I truly believe I have a duty to do that.”