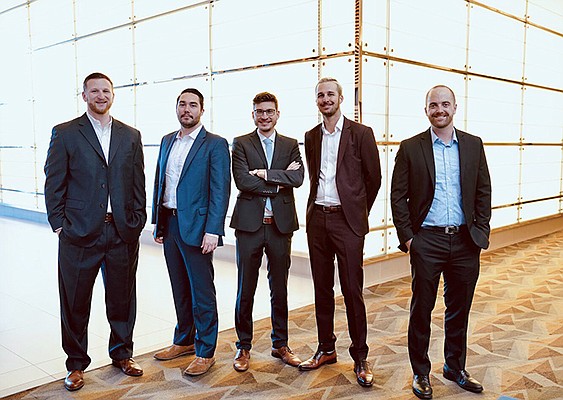 The challenge in the 2019 ARGUS University Challenge was to evaluate the investment potential of a multistory mixed-use project in the center of a fictitious town in a world where superheroes are real.

The competition is sponsored by the Altus Group, a real estate software company.

In the 10 years that the competition has been taken place, a USD team has won first place seven times and placed second three times.

Second place in the competition went to a team from the University of Pennsylvania’s Wharton School of Business and a team from California Polytechnic State University San Luis Obispo placed third.

“This is a highly competitive real estate challenge and the number and the quality of participating schools over the years has grown considerably. This makes our first-place award all the more impressive,” said Charles Tu, faculty advisor to the USD team and the Daniel F. Mulvihill professor of commercial real estate at USD. “We are incredibly proud of the students and of their achievement.”

Stath Karras, executive director of the Burnham-Moores Center for Real Estate at USD’s School of Business, said the team’s first-place finish combined with past wins “demonstrates the strength of the USD real estate program and the aptitude and pragmatism of the students in the USD Master of Science in Real Estate program.”

The program also has been given a top listing for the second straight year by College Factual, which ranks colleges and universities.