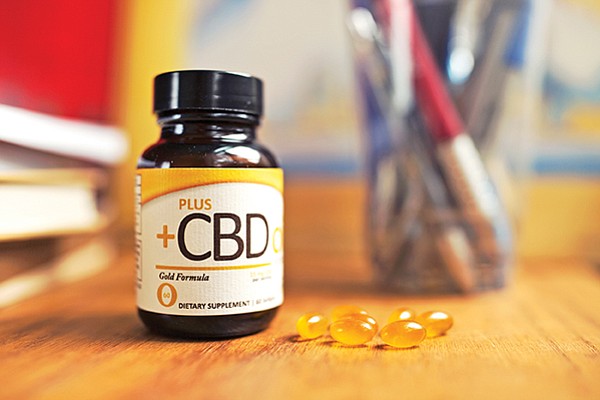 CV Sciences makes cannabidiol, or CBD, products. CBD doesn’t get consumers high, but demand shot up because of potential health benefits, though it faces a gray regulatory landscape. Photo courtesy of CV Sciences

CV Sciences has emerged as a major player of a burgeoning corner of the cannabis industry: hemp-derived cannabidiol.

The company attributes fast-rising sales of its CBD products to scrupulousness it believes the space lacks. It also recently removed an albatross by settling a U.S. Securities and Exchange Commission lawsuit — but like others in the industry faces regulatory uncertainty.

Cannabidiol, or CBD, is one of the many compounds found in the cannabis plant. Consumers don’t get high, but CBD demand shot up because of word spreading about potential health benefits. 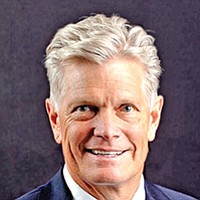 “Independent health food stores love the fact that they have a product that bigger chains do not currently have,” said CEO and chief financial officer Joseph Dowling. He foresees larger grocery stores eventually coming around.

“We insist on everything being tested from the very beginning, seed-to-shelf full traceability,” he said.

But this isn’t a typical life sciences operation.

For one, there’s a legal haze surrounding hemp-based CBD. At play are federal and state rules, as well as court cases and conflicting statements from the U.S. Food and Drug Administration and Drug Enforcement Administration .

Decades ago hemp was caught up in a ban on the cannabis family. That’s despite containing trace amounts of THC, the psychoactive property in marijuana that gets people stoned.

Dowling believes incremental legal changes in recent years solidified the legality of hemp-derived CBD. Worth noting is that the company’s products are sold in 50 states.

“I still think it’s (CBD) still a medium to high risk area,” said Prochnow of the firm Greenberg Traurig in Denver. “Although I think that’s dropping on a daily or weekly basis.”

Why he sees a decline: the 2018 Farm Bill, part of which addresses hemp.

Prochnow said passage — a final vote is expected soon — could trigger a reevaluation of hemp-derived CBD among agencies like the FDA. But he cautioned, it could take one to three years for CBD products “to be in the clear legally without fear of action from state or federal regulators.”

Headquarters: Technically Las Vegas, where the company has a one-employee office. But it’s based in San Diego for all intents and purposes, according to the company.

The legislation’s approval would also increase the company’s chances of hitting the Nasdaq. CV Sciences, which currently trades on OTCQB, applied to up-list in July in hopes of attracting a larger pool of investors.

“CV Sciences continues to look a little bit inferior to some of its peers when it comes to its ability to raise capital. So that’s something that keeps me a little bit cautious,” said Alan Brochstein, an investment analyst covering the marijuana industry.

But overall, Brochstein was bullish on the company, noting increasing sales and the company putting a significant legal matter to rest.

In May, CV Sciences reached a settlement with the SEC, which had alleged the company and its former CEO and co-founder, Michael Mona Jr., in 2013 overstated the acquisition price of a company called PhytoSphere.

Without admitting wrongdoing, the company agreed to a $150,000 fine, while Mona’s penalty was $50,000 and a prohibition from being an officer or director of a company for five years.

“That assurance now that it’s (the case) behind them makes the company much more investable,” Brochstein said.

Formed in 2010, the company is technically based in Las Vegas, where it keeps a small, one-employee office. But according to Dowling for all intents and purposes San Diego is its headquarters.

The area’s workforce, rich with health product and biotech experience, suits the company, he said.

Dowling joined as chief financial officer in 2014, taking over as CEO this spring. Previously he was the president and CEO of biotech MediVas.

Before coming on board, he didn’t know much about hemp or CBD and was reluctant to sit down with CV Sciences.

“My wife said, ‘you should go do this, the industry is changing dramatically.’ She was an attorney with the Department of Justice and she still said that,” Dowling said.

A few years ago, the company planned to be a bulk CBD supplier, but pivoted to establishing its own brand — and securing distribution channels.

“I have enough experience to know that eventually everything gets commoditized,” Dowling said of the pivot.

Besides consumer products, CV Sciences has a preclinical drug program. In 2019, the company is looking to file an investigational new drug application and begin human trials.

The drug going through the FDA process is a synthetic-based CBD that aims to fight addiction to chewing tobacco and other smokeless products.

Many biotechs rely purely on investors’ cash to pay for drug development. But CV Sciences is in the position to funnel consumer product revenue to help offset the cost.

Rising consumer sales are an accomplishment — a drug on the market would be even higher ground.