From sit-down Italian to family-friendly beer garden to quick bites to sweets, the list of recent eateries to open or soon-to-be-open in

San Diego offers a little bit of everything for everyone. Meanwhile, locally-based Everbowl continues expanding, this time in Orange County. 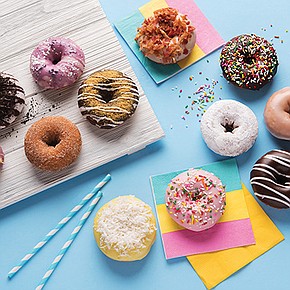 Headquartered in North Carolina, Duck Donuts opened its second store early October in Encinitas, California. The first was in Huntington Beach. The 1,150 square foot shop, owned by Brad and Laura Aughinbaugh and located in the Village Square on Encinitas Boulevard, will offer made-fresh-daily donuts, customizable doughnuts that can be personalized with a variety of coatings, toppings and drizzles, doughnut sundaes, and coffee blends including Riptide Roast, Light House Blend and Sunset Pier Decaf. 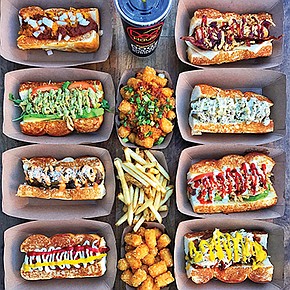 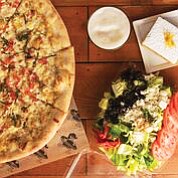 Surf Rider Pizza Co.’s newest La Mesa location is scheduled to open the first week of November. The 4,158 square foot restaurant, which will offer East Coast-style pizza made with hand-tossed dough, whole milk mozzarella and baked in fire-heated brick ovens, will be the largest space thus far and will become the company’s flagship store. In tribute to the first Surf Rider Pizza Co. location, which had an old bakery onsite, the La Mesa spot will also have a bakery for patrons to order cakes and pastries. Other offerings include salads, Stromboli and cheesesteaks. Additionally, the La Mesa restaurant, owned by The Patio Group, a division of American National Investments, will include Himmelberg’s Bar, named after Joey Himmelberg, late friend of CEO Gina Champion-Cain. The location will serve the “Himmel Brew,” brewed by Mission Brewery, in honor of his memory, as well as classic cocktails, wine and other beer selections. 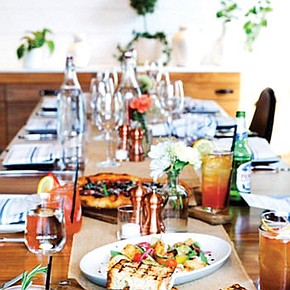 North Italia will open a new 8,500 square foot location inside Fashion Valley mall, which will accommodate up to 295 guests by way of its indoor dining area and outside patio, this fall. The 15th North Italia location, owned by Fox Restaurant Concepts, features modern Italian plates, including made-fresh-daily pasta, chef’s choice pizza, squid ink mafaldine and red-wine-glazed short ribs, among other items. 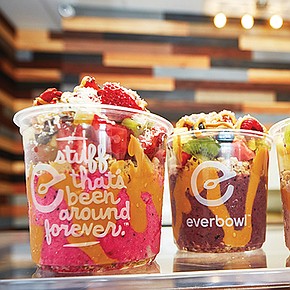 Nutrition on a Mission

“Driving the expansion is our commitment to making healthy eating accessible and affordable for everyone,” founder Jeff Fenster said via a news release. “Our goal is to open as many stores as we can as quickly as possible, because this kind of food should be available to everyone.”

The quick-serve, counter-service restaurant is best known for its no-sugar-added, organic acai bowls, which sources the fruit straight from its production facility in Brazil. It also offers other “craft superfood” bowls and smoothies, including pitaya, graviola and acerola based-options with add-ins like bee pollen and flaxseeds. Each bowl is $8 and includes unlimited ingredients.

Everbowl currently averages about 60,000 bowls monthly, according to the company and hopes to go national as soon as 2019.