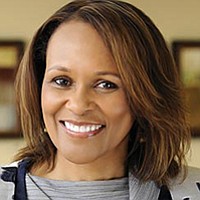 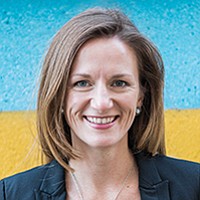 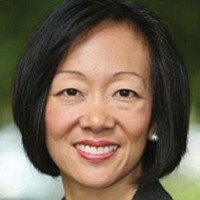 San Diego — San Diego is poised to become an unstoppable force in the global economy. The region is home to 34 percent more STEM workers than the national average, ranks third in the U.S. for patent intensity and has the sixth highest rate of income mobility.

While the rise of the innovation economy has created wealth and opportunity, it has also left many residents behind. This is leading to wide economic inequalities that, if left unaddressed, will cause San Diego to lose employees and companies to other regions.

According to the Center on Policy Initiatives, more than one million residents cannot afford to live in San Diego. Driven by wage increases in the innovation economy and constraints on the supply of housing, the region now has the fourth highest cost of living in the country.

San Diegans are spending an increasingly greater proportion of incomes on housing. These pressures are already impacting some of San Diego’s largest employers, as prospective talent opts for competing regions with lower costs of living.

In San Diego, more than 98 percent of the region’s employers are small businesses (less than 100 employees), which have less capital available to pay competitive wages. Employees of small businesses typically earn up to 20 percent lower wages than their peers at larger corporations. Because of this dynamic, the region’s small businesses struggle to compete with larger companies for skilled talent.

And this all comes at a time when workforce demographics are rapidly changing. Brookings research has shown that 59 percent of millennials and 67 percent of post-millennials in San Diego are racial and ethnic minorities. By 2030, Hispanics will become San Diego’s largest demographic group, and yet 85 percent currently do not hold a bachelor’s degree or higher.

Unless all San Diegans are willing to invest in closing this minority achievement gap, we will continue to constrain the region’s ability to compete in the global market. Employers cannot simply rely on the in-migration of workers. The real opportunity lies within our local talent pool.

With the compounded impact of a high cost of living, low educational attainment in our fastest growing population and a small business-centric economy that struggles to pay competitive wages, San Diego has a problem that cannot be ignored. They point to an economic imperative for change. We must recognize that the roots of exclusion are economic, and must be systematically addressed by employers and policymakers, not left to philanthropy.

Over the next year, a regional Steering Committee will be releasing research and recommendations to address these challenges that together create a platform for inclusive growth.

If leaders do not take measures to promote economic inclusion, San Diego will find itself unable to compete in a global economy that is increasingly unforgiving to businesses and regions that cannot adapt. If San Diego tackles these challenges head-on, it will position itself as a national leader among metro areas in building an innovative economy that works for all.

San Diego has evolved from border town, to military hub, to tech and innovation powerhouse. With the will, leadership and a healthy dose of experimentation and collaboration, San Diego can build an economy that reaches and includes all of its residents and employers.