Del Mar resident Gary Jacobs has been named board chair of the JCC Association of North America. The association made the announcement Nov. 8. 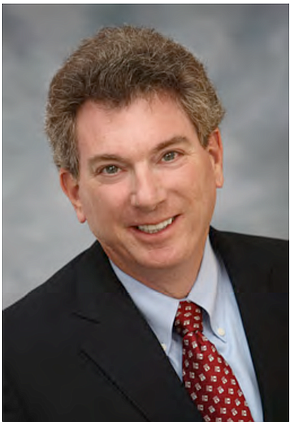 Jacobs — who founded Jacobs Investment Co. LLC in 1997 and owns the Lake Elsinore Storm minor league baseball team — will take the job in May. He has served on the national board since 2002 and will succeed Stephen P. Seiden, who has held the board chair post since 2014.

The JCC movement is celebrating its centennial. The organization was founded in 1917 as the Jewish Welfare Board, initially to support the needs of Jewish men going into military service during World War I. The organization stayed together after the war, shifting focus to Jewish Community Centers as vehicles to advance North American Jewish life.

“JCCs play a critical role in Jewish communities today as welcoming places that bring a diversity of people and voices together,” Jacobs said in a statement. “It is truly an honor to be able to be part of JCC Association’s mission supporting JCCs and steering the JCC movement in what is a major moment in the movement’s history.”

Jacobs is a past president of the United Jewish Federation of San Diego County and Congregation Beth El in La Jolla. Along with his wife, Jerri-Ann, he founded the Jacobs International Teen Leadership Institute, to create a program dedicated to the education and leadership development of young Jews and Muslims together for a year-long course of study. They also founded the Gary and Jerri-Ann Jacobs High Tech High Charter School.

Gary Jacobs earned a bachelor’s degree in management science from UC San Diego in 1979, then went to work for Linkabit and then Qualcomm Inc.