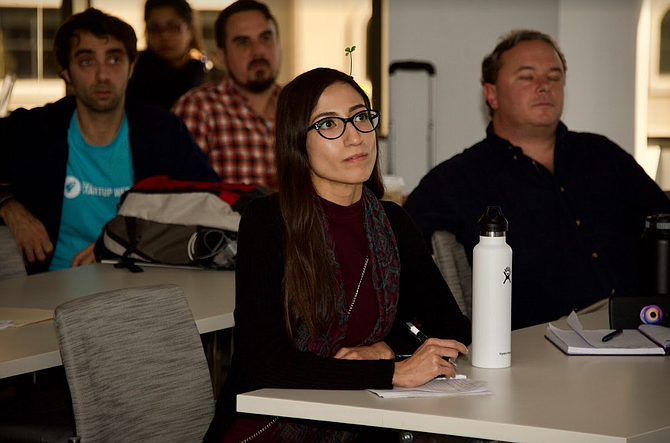 Startup San Diego’s Convergence event drew over 600 attendees, half of which reported it was the first startup event they’d ever attended -- Photo courtesy of Startup San Diego

“The event had way more people than we were planning for,” said Neal Bloom, board member at Startup San Diego. “People were sitting on the ground at times, but I’ll take it.”

Bloom said 30 percent of the attendees were students, and representatives from University of California, San Diego, University of San Diego, and San Diego State University were all present. The event also drew attendance from all three coding schools in the city.

“Fifty percent of attendees said this was their first startup event, so we are reaching brand new groups of people who are fired up about our ecosystem,” Bloom said. “Convergence was started because we wanted to specifically get students engaged in our community and this year showed we are absolutely making progress on our objective.”

The organization is gaining momentum as it approaches its two other events scheduled for later this year: March Mingle and San Diego Startup Week in June, which last year drew over 3,000 attendees.