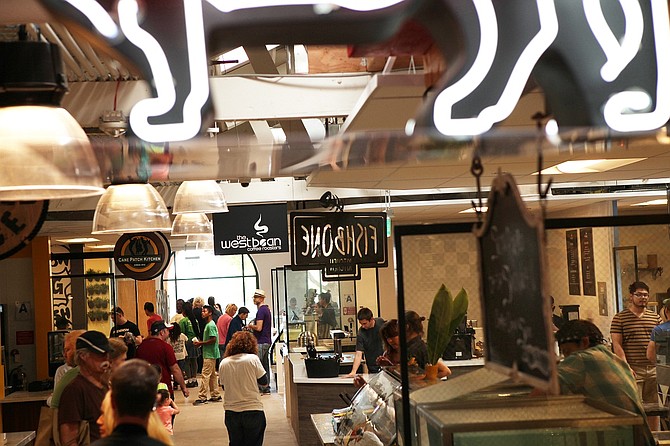 San Diego’s Liberty Public Market in Point Loma placed at No. 13 in a recent national ranking of the top 20 food halls, as part of an urban retail report by brokerage firm Cushman & Wakefield.

A company statement said the ranking was based on input including an internal survey of retail brokers and researchers, factoring in issues such as cultural importance, innovation and the quality of the space, vendors and consumer experience.

Liberty Public Market opened earlier this year at Liberty Station in Point Loma. It is among several commercial and civic elements recently added at the mixed-use Liberty Station, being overseen by developer Corky McMillin Cos. on the renovated site of the former Naval Training Center.

The public market is located in a former Navy commissary space and is overseen by Coronado-based Blue Bridge Hospitality, led by Principal David Spatafore. The open-air, 25,000-square-foot space, at 2820 Historic Decatur Road, currently houses 27 food vendors and a full-service restaurant.