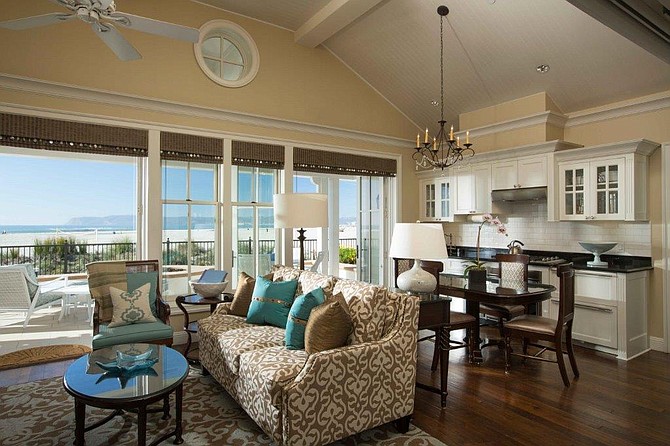 Officials said the 757-room Coronado hotel’s lobby has been restored “to evoke the turn-of-the-century charm” of the original resort that opened in 1888, with woodwork refinished and a refurbished chandelier and new period-style lighting installed.

The 214 guest rooms in the hotel’s Ocean Towers and its 97 California Cabanas near the swimming pool received a makeover with a Southern California-style beach motif. New family-oriented Blue Dolphin suites were added to Ocean Towers, each with a master king bedroom, sitting parlor, kids’ bedroom, an Xbox gaming system and treasure chest filled with toys.

Upgrades were also made to the hotel’s Sheerwater & Babcock & Story Bar, including new interior finishes, millwork and furnishings.

The 28-acre Hotel del Coronado was designated a National Historic Monument in 1977 and has undergone several updates in recent years. It is currently majority-owned by New York-based Blackstone Group.