Forge Eligible for up to $190M in Antibiotic Deal with Roche

Be the first to experience a virtual reception from the comforts of your home with a dazzling online auction, captivating entertainment, giveaways, and more surprises to be announced.

The n-Lorem Foundation — a Carlsbad nonprofit that formed to supply individualized therapies free of charge to patients with ultra-rare genetic diseases — has received a $500,000 pledge.

Mesa Biotech is developing a COVID-19 test that aims to tell if someone has the virus in 30 minutes, amid clamoring to get answers faster as the deadly strain spreads. 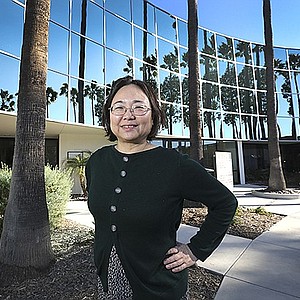 Carlsbad-based Alphatec has agreed to acquire EOS Imaging in a $121.9 million deal.

Biological Dynamics Gets $1M from Gates Foundation for Tuberculosis Test

San Diego’s Biological Dynamics is set to receive a $1 million grant from the Bill & Melinda Gates Foundation to push forward its tuberculosis test.

Sanford Burnham Prebys Medical Discovery Institute has made two additions to its board who are well known in San Diego’s education and health care circles: Karen Haynes and Donald Kearns.

“The VR perspective and intuitive manipulation allows you to get a really good feel for the structure..."

Vividion Therapeutics – a San Diego upstart that last year raised an $82 million financing round – has announced the hiring of a former Pfizer executive.

A crop of life sciences companies are rushing to combat the coronavirus outbreak, triggering big movements in their stocks and millions in grant funding. 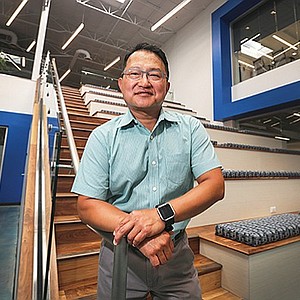 Illumina recently made a major addition to its board: Scott Gottlieb, the former commissioner of the U.S. Food and Drug Administration.

The Bill & Melinda Gates Foundation has awarded $50 million to a division of Scripps Research to push forward potential therapies for tuberculosis and malaria.