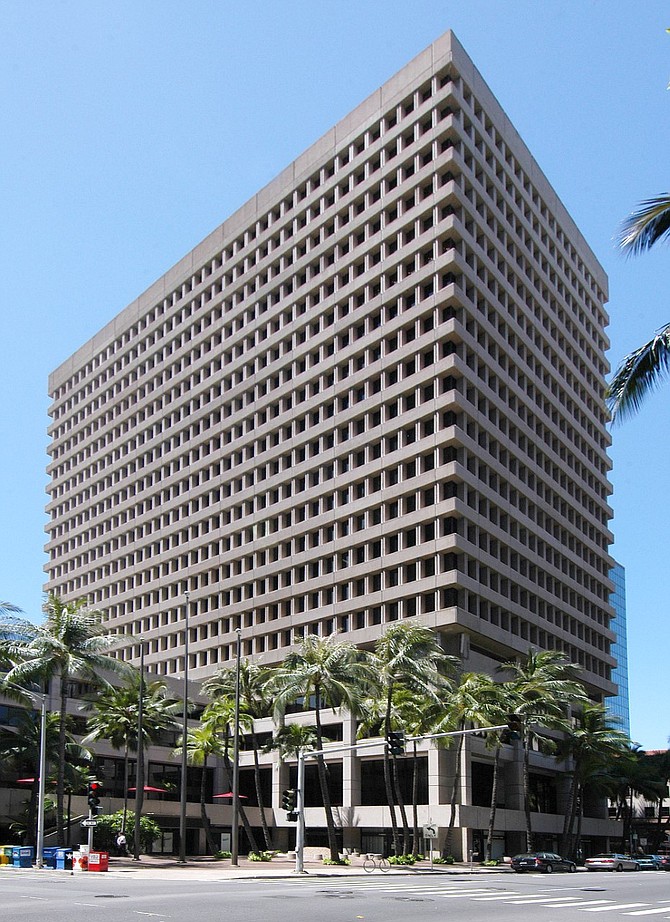 Parallel Capital Partners based in Sorrento Valley has leased space in a Honolulu office building to Swinerton Builders in a $3.2 million deal.

The 91-month lease with Swinerton is for 12,000 square feet in the 23-story Davies Pacific Center, 841 Bishop St., which will become Swinerton’s Honolulu headquarters.

Built in 1972 with extensive renovations completed in 2006, Davies Pacific Center has a landscaped pedestrian plaza and a mezzanine lobby. With twenty-foot-high ceilings, the lobby is the backdrop for two of the five concrete intaglio sculptures.

“Swinerton is rapidly growing its Hawaii portfolio – recently landing a contract for the $50 million renovation of Maui’s Kaanapali Beach Hotel,” said Mark Root, a principal of Parallel Capital Partners. “They have played a key role in the Hawaii retail and hospitality industries since 2003, and we are thrilled to have them as a tenant.”

The Shidler Group, took over asset management of the high-rise property last year and has since completed nearly $4 million in elevator modernizations and spec suite upgrades. Another $1 million in renovations, including lobby improvements, is still underway.