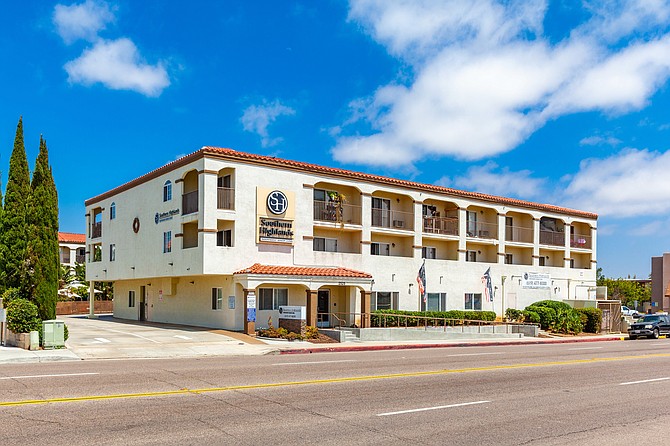 A National City senior housing project has been sold for $22.1 million.

The company plans to renovate the interior and exterior of the property.

The seller was Shefflin Investments of Montecito.

The three-story building was built in 1999.

It has 151 apartments in a mix of studios and one-bedroom units.