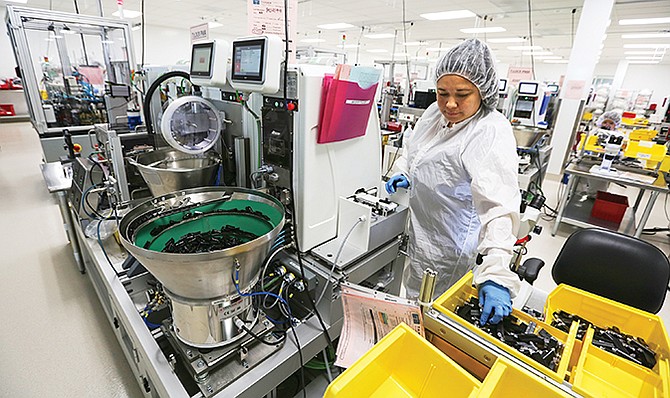 Three of the four companies still ended the quarter in the red, partly because of increased costs to scale up their platforms.

Tandem reported that sales of its touchscreen diabetes pumps hit $66 million in quarter one, a 142 percent year-over-year increase, on the back of increased domestic sales.

Tandem was considered all but dead two years ago, but a turnaround that started in 2018 has accelerated.

While revenue rose, Tandem posted a $23 million net loss, which included a $12.7 million charge from the change of some outstanding stock warrants.

During the prior year period, Tandem’s net loss was $32.7 million, including a $14.2 million warrant charge.

Dexcom, a closer partner of Tandem, raked in $280.5 million in first quarter revenue. This marked a 52 percent year-over-year increase for the diabetes monitoring company.

The company raised its full-year revenue outlook to $1.25 billion to $1.3 billion.

Along with the jump in sales, Dexcom increased spending on research and investment as well as selling, general and administrative functions. It posted a $26.9 million net loss during the first quarter. That compares with a net loss of $24.2 million for the same quarter of 2018.

NuVasive turned a loss into a profit. Its first quarter net income was $9.4 million, according to the spine surgery company, versus a $27.1 million loss during the prior year period.

This includes the recently launched X360 system for what’s called lateral single-position surgery. This enables lateral surgery without having to reposition the patient, speeding up surgery time.

ResMed reported $662.2 million in revenue, a 12 percent year-over-year increase. The company makes masks and other products for breathing issues, namely sleep apnea, and has a large digital footprint.

Net income, per the company, was $105.4 million, down 4 percent from the first quarter of 2018. ResMed said profits slipped on account of its recent acquisitions, as well as higher interest and income tax expenses.

The company has been on an acquisition spree in the last year, including buying MatrixCare for $750 million.

“We had another strong quarter with top-line revenue growth across all categories of our business, including a solid contribution from recently acquired SaaS (software as a service) companies and growth in international device sales,” said CEO Mick Farrell.