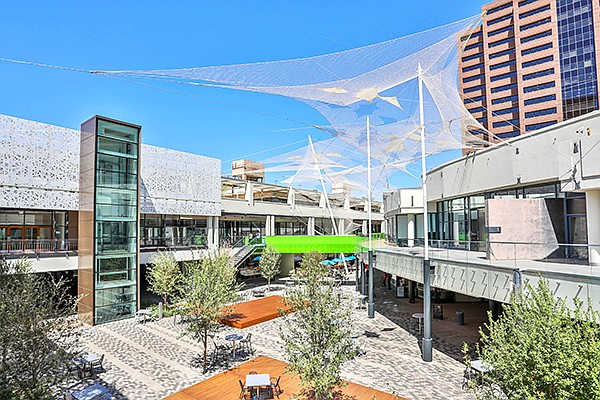 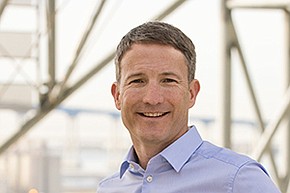 Parallel Capital Partners — a San Diego based real estate investment firm — recently completed renovations of a downtown Phoenix shopping center in much the same fashion as Stockdale Capital Partners based in Scottsdale is planning for Horton Plaza in downtown San Diego.

Like Horton Plaza, Arizona Center had lost much of its luster when Parallel Capital Partners bought it in 2015 for $126 million.

“The transformation of Arizona Center was long overdue,” Root said.

Built in 1990, Arizona Center was much like Horton Plaza — an inward-facing retail shopping center constructed almost like a fortress in a neighborhood that had fallen on hard times.

“It closed off downtown because at that time, downtown wasn’t viewed as so hospitable,” Root said.

“The extensive upgrades to the center bring a whole new vibe to the heart of downtown Phoenix,” Root said.

“As we add tenants, Arizona Center will continue to become an even bigger hub for meeting up with friends and family, entertainment, shopping and so much more,” Root said.

The renovations include opening up the center to the surrounding streets, repainting it, adding outdoor furnishings, shade structures, additional lighting and a 60-foot LED Jumbotron video display screen.

Still to come is a 199-room, 13-story AC Hotel by Marriott and a 31-story luxury apartment building — Palm Tower.

“There’s a big, growing movement to restore the vibrancy and urban life for people,” Root said.