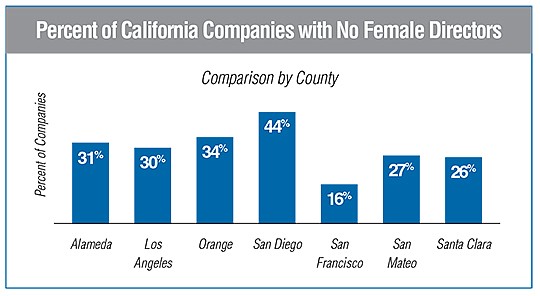 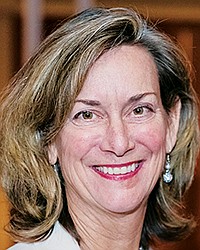 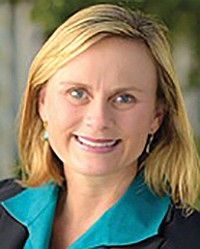 Under a new law, California public companies must have at least one woman on their board by the end of 2019. It appears the biggest impact will be in San Diego.

Of 86 San Diego companies last year included in an analysis, 44 percent had all-male boards. That was the highest among California counties with more than 10 public companies, according to Board Governance Research, which analyzed 632 public companies headquartered in California.

In addition, only 12 percent of board seats in San Diego are held by women, the lowest of seven large counties.

Annalisa Barrett, founder and chief executive of Board Governance Research, hypothesized that San Diego’s lack of female board members stems from a concentration of small biotechs.

“Both biotech and small companies tend to have more all-male boards,” she said. The report, issued Jan. 11, doesn’t break down the 44 percent of San Diego companies with all-male boards by industry type.

But it’s well known that biotech has been defined by largely male investors who recruit via personal networks less likely to include females.

Beyond the upcoming deadline, the new law mandates a public company with five directors have at least two female board members by 2021, and a board with six or more directors must include at least three women.

The legislation has meant a surge in business for Robin Toft, CEO of Toft Group, a San Diego-based firm that specializes in life sciences and health care recruitment. The firm locked down more board search contracts in mid-January than all of last year, according to Toft, who declined to provide numbers.

“My phone is ringing,” she said.

For companies, it’s not only about complying with the law. Board makeup, Toft said, signals how diverse a larger company might be, which is important to some job applicants.

She added companies are paying attention to studies, like one from Credit Suisse that found businesses with at least one woman on the board had an average return on equity of 12.2 percent, more than 2 percent higher than all-male director businesses.

Private companies with aspirations of going public are also recruiting female board members, according to Toft.

Companies that fail to meet the mandate face fines of $100,000 for a first violation and $300,000 for breaking the rules a second or subsequent time. The possibility of legal challenges hung over the bill’s passage this fall, but as of Jan. 14 none had been brought.