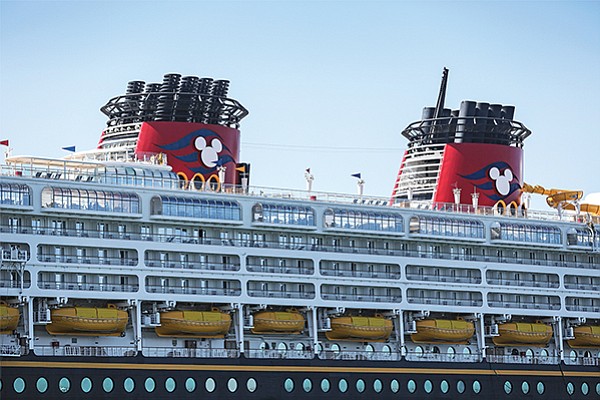 Disney’s Wonder cruise ship docked in the San Diego harbor in September. Overall, the economic impact of the cruise industry on the region has grown from $82 million in 2014 to a projected $131 million in 2018. Photo by Jamie Scott Lytle.

Two European cruise lines made their inaugural calls on the Port of San Diego the week of Feb. 4, according to a news release. The first vessel is the MSC Magnifica, which arrived on Feb. 5 as part of a 118-day around the world cruise with stops in two dozen countries. The Phoenix Reisen Artania is scheduled to come to San Diego on Feb. 8 during a 116-day around the world cruise. 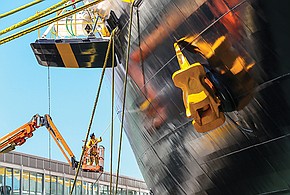 Star of India in the foreground of Disney’s Wonder cruise ship docked in the San Diego harbor in September.

As California’s third-busiest cruise port, the Port of San Diego is anticipating approximately 92 cruise calls and nearly 300,000 passengers in fiscal year 2019-2020. Its primary homeported lines – those that begin and end in San Diego -- are Holland America Line, with 27 total calls; Disney Cruise Line, with 24 cruise calls; and Carnival Cruise Lines, whose Miracle line will have 10 calls in 2019-2020.

Each homeported cruise has an economic impact of $2 million for the city of San Diego. This is in large part due to the variety of attractions in the city, including the San Diego Zoo, along with nearby hotel accommodations and convenient transportation options, according to Rafael Castellanos, previous chairman of the Board of Port Commissioners.