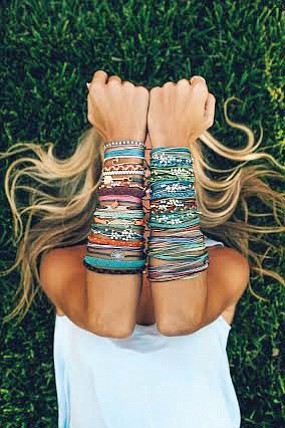 San Diego-based Pura Vida Bracelets, which sells jewelry handcrafted by more than 350 artisans on the ground in Costa Rica, India and El Salvador, leased a 5,500 square foot space in La Jolla for its new headquarters in early September. The office, located on the fourth floor of the five-story building at 7979 Ivanhoe Ave., will open in the first quarter of 2019.

Pura Vida Bracelets was founded by San Diegans Paul Goodman, 29, and Griffin Thall, 31, in 2010. Inspired by street vendors selling the bands during a trip to Costa Rica, which commonly uses the philosophy “Pura Vida” or “pure life” to describe the laid-back vibe of the country, the two San Diego State University alumni bought 400 of them, returned home and launched the official company. According to its website, Pura Vida Bracelets, which are made of wax-coated polyester (unlike a cotton-made friendship bracelet), has partnered with over 174 charities around the world and donated more than $1.5 million to those in need.

Thall says the company continues to grow; Pura Vida Bracelets has grown 1,447 percent over the past five years and is in three to four thousand brick and mortar stores stateside, including yoga studios, surf stores, barre classes, Whole Foods Market, Tillys, Hallmark Cards stores and other gift shops, he said, adding the company’s e-commerce is the dominating channel for sales.

The remodeled offices, designed by Hollander Design Group, features an open floor plan with multiple collaboration rooms, a new kitchen and a product display area. The terms of the lease were not disclosed.