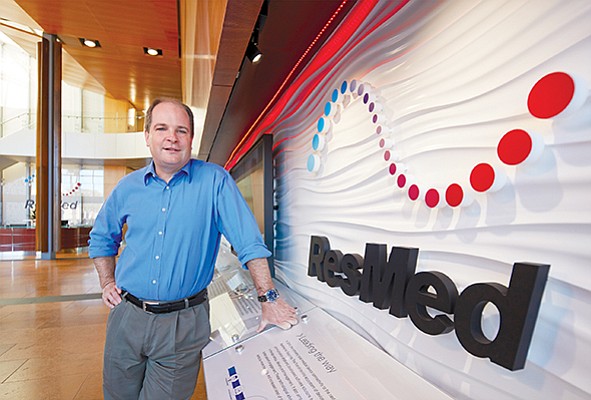 About a decade ago, Dexcom executives explored a wild idea: a constant reading of glucose levels beamed to a smartphone.

“Being in San Diego gives us the opportunity to work very closely with them,” said Dexcom CEO Kevin Sayer.

San Diego’s homegrown medical device industry is soaring with partnerships, a proliferation of data and technology breakthroughs. The rise can be attributed as well to an aging population hungry for individualized medicine.

While many associate San Diego with genomics and drugmakers, the region is also a growing force in medical devices, encompassing everything from sleep monitoring to diabetes care to spine surgery.

Medical device companies plod along, at least compared with drugmakers operating in a world of sharp expansion and contraction that captures public attention.

Minneapolis, home to behemoth Medtronic, has long served as the epicenter of medical devices. But San Diego burns increasingly brighter on the map.

“San Diego itself could be considered one of the top three regions across the U.S. for new innovation within medtech,” said Margaret Kaczor, an equity research analyst with William Blair, who covers medical device companies.

Kaczor chalked this up to success breeding success, notably Dexcom being followed by other San Diego diabetes companies, including GlySens and Companion Medical.

She also cited bonds between medical device companies, hospitals and research institutions in the quest for better clinical outcomes. ResMed, for instance, in 2015 donated $5 million to UC San Diego for the study and care of sleep disorders. 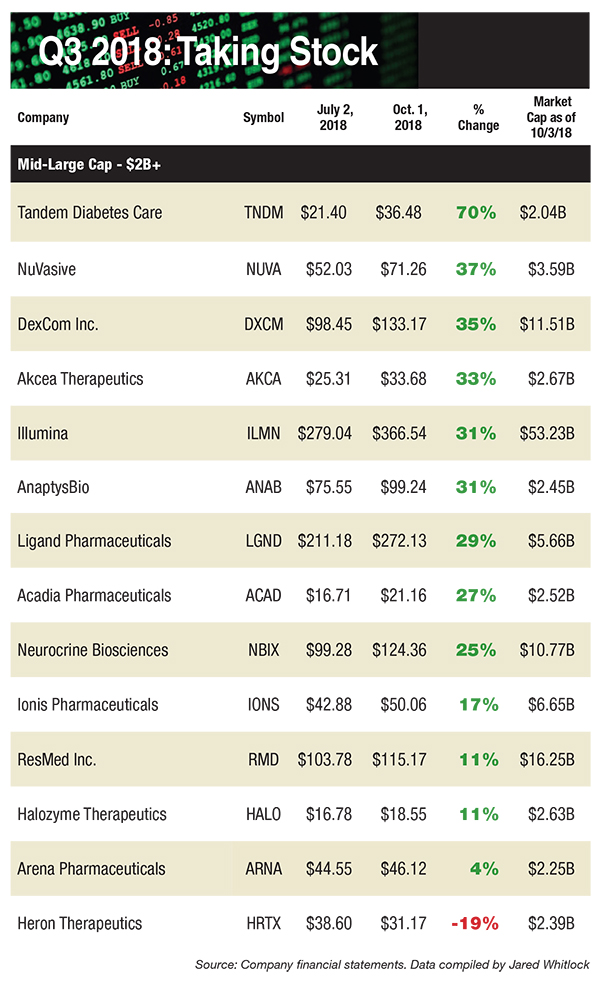 Kaczor said companies have pivoted away from simply building the latest and greatest tech. They are investing heavily toward ensuring devices save on health care costs. Think reduced hospitalizations or cutting down on length of hospital stays.

“The sector has been fast-growing and arguably one of the best performing sectors on Wall Street over the last couple years,” she said.

It’s easy to say a device lowers costs and helps patients, but ResMed is armed with the data to prove it. The company blurs the lines between a software and medical device outfit, boasting more devices streaming medical data than any company.

“It is a destination now where people would want to go and look at either building a career or building a company,” said Douglas. He also has a view of startups in the space as the vice chairman of local startup incubator EvoNexus.

Their joint venture — based on ResMed’s data and Verily’s analytics — looks to better reach the millions of Americans unknowingly stricken by sleep apnea, a cause of tiredness and more serious health complications.

“I think we’re at the beginning of a day where medical device companies will work together more and more, if not directly but indirectly through this data accumulation,” said Sayer, the CEO of Dexcom.

San Diego’s medical device industry goes back to the 1968 founding of IVAC, a pioneer of electronically-controlled infusion pumps.

Founder Richard Cramer, who lost control of IVAC in a proxy battle in 1972, launched Imed.

The two companies, after a series of acquisitions, became part of San Diego medtech CareFusion. New Jersey-based Becton, Dickinson & Co., or BD, bought CareFusion for $12.2 billion in 2012, the second largest life sciences deal ever in the county.

As with drugmakers, San Diego’s medical device companies have been prime takeover targets over the years.

Founded in Australia, ResMed established San Diego as its headquarters in 2000. Dexcom formed a year earlier here. NuVasive — a spinal surgery and products company that reported $1.02 billion in 2017 revenue — started in 1997 locally.

Beyond roots, what keeps medical device companies in San Diego? And why do medtech startups form here?

Panetta said the region has “an incredible bullpen of executives,” along with financing experience.

Of note, Biocom, based in San Diego, lobbied against a 2.3 percent excise tax on medical devices, which Congress in January suspended for two years, and continues to push a full repeal. The California Life Sciences Association, with San Francisco-San Diego offices, has also lobbied against the tax.

But not all is well in San Diego medtech. Vista-based brace maker DJO Global this summer announced plans to relocate its headquarters to Texas, in a statement calling attention to the region’s high housing costs. The company will keep a portion of operations here.

As a plus, local universities pump out software and biomedical engineers, cited by executives interviewed.

In March the biomedical/bioengineering graduate program at Jacobs School of Engineering was ranked second by U.S. News & World Report, among the recognition the school has received in this area. A good chunk of these students go on to work for medtechs.

Watson said the biomedical program keeps up with the times based on market trends and an advisory board, which has included representatives of companies like BD and NuVasive.