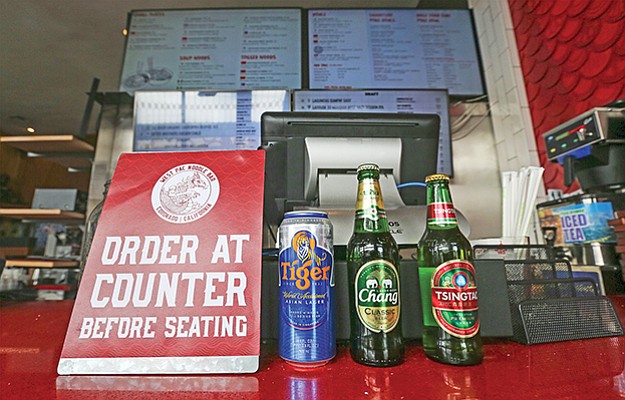 In late August, just a little over six-months after opening, West Pac Noodle Bar, a casual Asian-fusion restaurant in Coronado, cut five front-of-the-house employees and switched from full-service to counter-service, which means patrons walk up to a counter and order their menu selections there as opposed to having a server wait on them. Those behind the decision say it was an attempt to keep costs down as minimum wage and overall labor costs continue to increase in California. 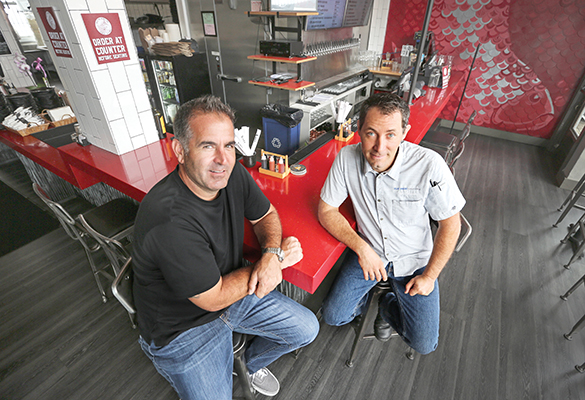 David Spatafore and Tim Kolanko of Blue Bridge Hospitality say the company has made several changes to keep costs down, including consolidating management positions and having order takers use handheld electronic devices.

According to an analysis of federal payroll data by Lynn Reaser, chief economist of the Fermanian Business & Economic Institute at Point Loma Nazarene University, nearly 4,000 food-service jobs may have been cut or not created in San Diego from the beginning of 2016 through February of this year.

Data by San Diego-based nonprofit Center on Policy Initiatives shows that the food segment in San Diego County employed 185,921 individuals in 2016, making up 13.2 percent of total employment. Mark Perry, economics and finance professor at the University of Michigan, wrote in an April 2017 blog post that the San Diego area was losing food service jobs at a rate of almost 200 per week.

University, nearly 4,000 food-service jobs may have been cut or not created in San Diego from the beginning of 2016 through February of this year. Data by San Diego-based nonprofit Center on Policy Initiatives shows that the food segment in San Diego County employed 185,921 individuals in 2016, making up 13.2 percent of total employment. Mark Perry, economics and finance professor at the University of Michigan, wrote in an April 2017 blog post that the San Diego area was losing food service jobs at a rate of almost 200 per week.

Experts in the industry believe the restaurant industry is losing jobs as a direct result of recent minimum wage increases. On Jan. 1, 2017, the minimum rate of pay increased to $11.50 from $10.50 per hour, and on Jan. 1, 2019, the minimum rate of pay will increase to account for inflation each year. According to the San Diego Regional Chamber of Commerce, that number is supposed to increase to $15 by 2023 for the entire state. Now, restaurants in the county are getting creative to keep costs down or to keep from closing altogether.

Chris Duggan, director of government affairs of the California Restaurant Association, says there are four methods that most restaurants are employing to combat the higher wages.

“First one is menu prices increasing, the second is the introduction of technology to the back and the front of the house. The third is surcharges applied to customers’ bills, which is completely legal as long as you notify the customers properly on the menu. And the fourth is less hours for employees as well as complete elimination of positions,” said Duggan, adding that for every $1 increase in minimum wage, it can equate to up to $1.30 for a business because of things like workers’ comp, 401k, medical coverage, etc.

David Spatafore, principal of Blue Bridge Hospitality, which owns and manages West Pac Noodle Bar and a dozen other restaurants throughout the county, says in the last month, the company has also consolidated a number of its managerial positions.

“So, instead of each store having its own general manager and an assistant general manager, I am grouping stores together into what I call little business units by taking managers and making one between two stores dubbed operations manager,” said Spatafore. “It allows me to shrink down management structure and cover more areas,”

Tim Kolanko, executive chef for Blue Bridge Hospitality, says the company is also considering switching most, if not all of its casual restaurants to a hand-held system. This will either happen through the use of tablets or a proprietary hardware that will allow servers to send orders to the back of the house electronically. If servers have handheld electronics, they can cover 1.5 times more ground because they don’t have to run back and forth to the computer, says Kolanko, adding that Blue Bridge is also periodically increasing the prices of the menu offerings as a way to deal with state-mandated hikes.

“I think what you have to look at is the amount of labor per dollar produced,” said Kolanko, meaning that a restaurant’s profit margins and ability to absorb costs make a difference. “When you look at something like Stake Chophouse and Bar, which is our high-end steakhouse, that is where we have more employees of less minimum wage, so cost is higher but labor is less of an impact there than at other stores. But, as you go down the spectrum, it gets more challenging.”

Brian Gruber, owner of Notorious Burgers in Carlsbad, says he’s either already implemented or is considering implementing some of the same cost-saving tactics.

“We have to raise prices to combat wage increases — there is no way around it,” he said. “We try to make minimal increases a couple times a year as opposed to doing them all at once. We are also looking into tableside ordering that could save us a substantial amount of time, possibly even require one less body.”

Stephen Zolezzi, president of the Food and Beverage Association of San Diego County, says another method restaurateurs around town are considering to lower operating expenses is putting certain shifts up for bid.

“If you are a server and you want a lucrative Friday night shift, then you have to meet certain criteria or you won’t get it,” he said, adding that more places are also considering converting to breakfast and lunch spot, eliminating their dinner option altogether because nighttime food items are usually the costliest.

The general consensus in the industry is that some laws might have to change as the minimum wage continues to rise. While tip-pooling is legal nationwide as of March 2018 through the Fair Labor Standards Act, allowing front-of-the-house employees to split their tips with their back-of-the-house coworkers, it is still illegal to implement tip credits in California.

State law prohibits an employer from taking any part of a gratuity to offset the employer’s obligation to pay minimum wage. The law states every gratuity is “the sole property of the employee or employees to whom it was paid, given or left for.”

As a result of the minimum wage rising and the loss of jobs in the state, Duggan says local elected officials and state legislatures are having robust dialogues about what the industry will look like when the minimum wage goes up to $15 and if that model can work without the tip credit. “The restaurant industry around the state is very concerned,” he said.