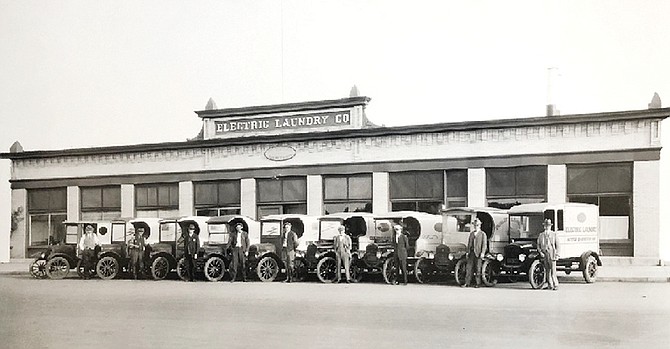 Abandoned and run-down, the old building near Market Street and Island Avenue in East Village might be seen by some as ready for the wrecking ball. 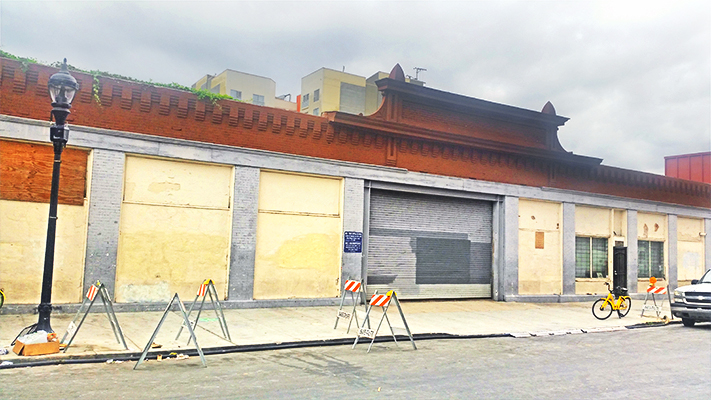 The former Electric Laundry Co. building as it is today.

Little is left to distinguish it as one of downtown San Diego’s older buildings.

Where others might see an eyesore, Shapery Enterprises bought the 12,000 square-foot former laundry at 1460 Island Ave., in September for $7 million from Carleton Management Inc. with plans to restore the historic structure.

Tentative plans call for restoring the exterior to what it looked like when it was built, and remodeling the interior as office or retail space.

“We’re trying to bring back the original characteristics of the building,” Attia said.

An adjacent 11, 000 square-foot light industrial building that was included in the sale will eventually be torn down and replaced by a new project, Attia said.

Kevin Mulhern and Rachel Parsons of the CBRE multifamily team represented Carleton Management in the sale and Shapery Enterprises represented itself.

“We’ve got a passion for historical buildings and preserving San Diego’s history and that’s what attracted us to the building,” Attia said. “We felt the East Village is up-and-coming.”

Shapery Enterprises has restored a number of San Diego buildings, including the city’s oldest standing fire station built in 1912, the Burlingham Garage built in 1914, the Riviera Hotel built in 1927 and farther north, the Del Mar Castle built in 1925.

The former laundry building was declared a historic landmark in 2004 by the city Historical Resources Board.

In describing the building in a report to the board, the city Parks and Recreation Department wrote that, “The one story, pressed brick building has a rectangular plan, and features a flat roof with a decorated parapet. A decorative Asian temple style element projects from the parapet above the center of the building.”

The report said the Asian influence was unique for that type of building in East Village.

The building was used as a laundry through the early 1960s and later for an air-conditioning business and a transmission parts distributor.

Attia said the structure itself is “actually in great condition.”

“Back then, they used to build them to last,” Attia said. “It looks like one of the old warehouse that you see in the gangster movies on TV.”

Dora McCann Guerreiro, executive director of the East Village Association, said converting the laundry building to office space would fit in with the way the area is being redeveloped.

“It’s consistent with the evolution, the progression of that one street specifically,” Guerreiro said. “We want to preserve the storied nature of our past while embracing the possibilities for the future.”

Another nearby historic structure that’s been renovated in a way that pays homage to its history is the former Colesium Athletic Club at 1485 E St.

The former boxing arena has been transformed into the Punch Bowl Social restaurant, which incorporated some aspects of the boxing arena in the remodeling and left in place the ticket windows on the exterior wall.