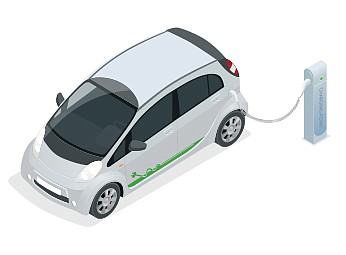 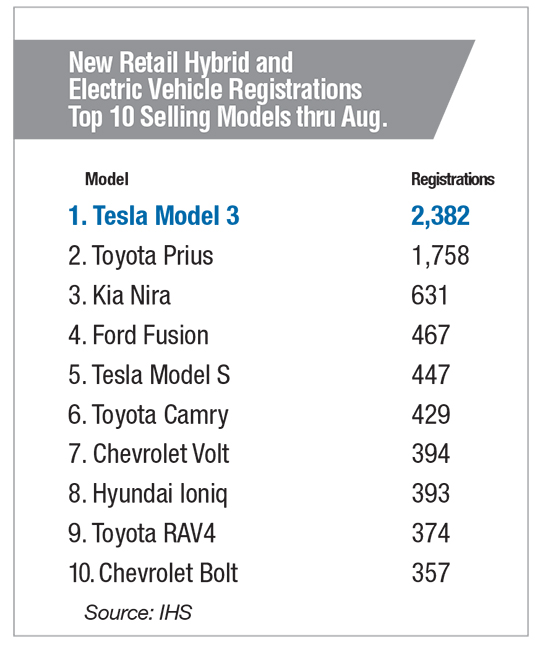 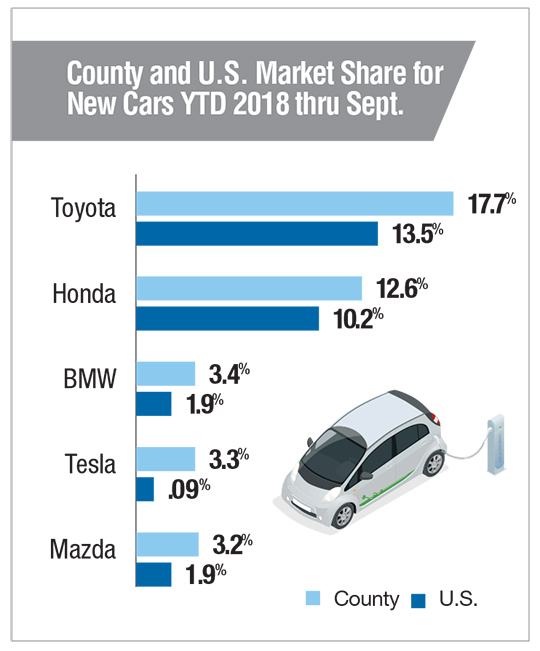 Roughly one in every eight new vehicles sold in the region during the third quarter was electric or hybrid. That is according to data from IHS Markit, collected by the New Car Dealers Association San Diego County.

Year to date, the bestselling brands in San Diego County have been Toyota, with 19,970 registered, followed by Honda, with 14,212 registered.

BMW, Tesla and Mazda also sold better in San Diego County than the rest of the country.

Chevrolet faces the opposite situation: It is more popular in the heartland and the rest of the country than it is in San Diego County. Some 10.9 percent of new car sales in the United States were Chevys, though in San Diego, the brand caught only 6 percent of the sales during the first nine months of 2018.

Roll Them Off the Lot

New cars continue to sell in San Diego, though not quite as well as during the peak year of 2016.

The flat or downward trend is likely to continue in 2019, Newendyke said.

Used cars get a little more love in San Diego than new cars.

The Honda Civic is the top seller among used cars, followed by Toyota Corolla and Toyota Camry.

Though not the top-selling model, there was quite a market in used Nissan Rogues; the sport utility vehicle had almost 50 percent greater registrations in the first eight months of 2018 than it did in the same period of 2017.

The dealers’ association report said used vehicle supplies are rising, which will lead to a decline in used vehicle prices. Also threatening to put a drag on new vehicle sales are rising interest rates — and higher monthly payments.

Then again, report authors said, increased consumer confidence and household net worth may drive more people to the new car showroom. The University of Michigan Consumer Sentiment Index stands at its highest level since 2011, when the country was coming out of recession.