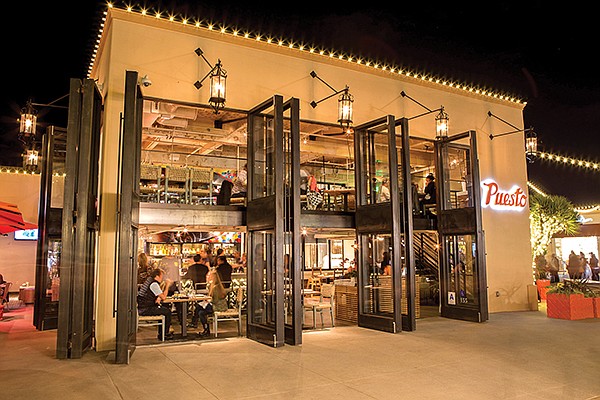 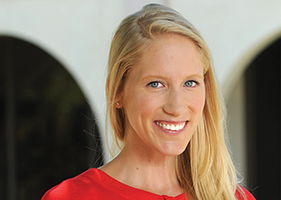 The boom in food delivery apps available in San Diego has mushroomed exponentially the last several years. And, data shows they aren’t going away anytime soon.

The demand and subsequent growth of food delivery apps have spawned a number of developments in the food and restaurant industry. First, despite delivery companies charging up to a 30 percent commission, the number of San Diego-based restaurants contracting the mobile services continues to grow as more eateries are jumping on the bandwagon in hopes of reaching a broader customer base. Secondly, ghost restaurants, which don’t have brick-and-mortar retail locations and solely function through delivery apps, have been popping up.

Profit margins can be high for ghost restaurants as compared with a sit-down location since there isn’t a storefront and front-of-the-house employees to account for financially. Although most of these ghost restaurants came online recently, some in the industry believe the business model can be successful.

According to a report on food trends by NPD Group, a market research firm, despite the restaurant industry traffic in the U.S. plateauing in recent years, food delivery sales grew by 20 percent between 2012 and 2017, with individual orders increasing by 10 percent over the five-year period. Overall, the accumulation of deliveries in those years accounted for 1.75 billion orders and $16.9 billion in sales with mobile food delivery companies representing 13 percent of the traffic. One local example is Doordash, which launched with less than 100 restaurants in San Diego in 2015, and now has over 3,000 restaurants it delivers for.

“We experimented with different ones, since the segment is so new, and we wanted to see who will emerge as the leader,” said Conner. “In terms of striking exclusive deals, it was just negotiating the best terms. Plus, from a streamlining perspective, it made sense to use one platform and one system.”

Conner said while the brick and mortars have great volume already, he plans to continue to use the delivery apps for additional revenue stream. “It seems like a no-brainer as long as you can maintain margins that make sense and don’t damage the experience of the customers in store and don’t send a subpar representation of yourself in a box to your off-site customers,” he said.

Conner says the company has seen the most volume with its downtown location since working exclusively with Doordash. He adds the company’s reason for using a delivery format is to be able to connect with stay-at-home guests, as well, while not compromising the experience of the in-dining guests.

“It makes it difficult to make any money from the revenue you are getting from deliveries because of the percentage of sales they charge,” he said, adding that traditional restaurants are not built for the amount of volume that goes into also having a delivery extension, thus, it can wreak havoc on the operation side of things.

To that point, though few and far in between, a number of ghost restaurants have popped up in San Diego bred from the delivery apps craze. The idea is a restaurant that doesn’t have a storefront and sometimes not even an actual venue (it might rent an already-existing commercial kitchen to work out of where it creates food that it sells solely through door-to-door delivery purchases).

“We were already at the Museum of Natural History renting space from them for about a year, so we decided to test the waters,” he said. “It was odd: no storefront, online orders only, pre-pay in advance.”

Although Lowe shut down the ghost restaurant two months later due to logistical issues — mostly because of its location, which added anywhere between 10-20 minutes to each delivery — he says he’s convinced it’s a system that can indeed work.

“If we didn’t have to run this stuff down from the roof of a five-floor building that was lodged in the center of Balboa Park, we would’ve stuck with it,” he said, adding that if he could work out of a ground-level location and in a dense neighborhood, he would consider giving ghosting another shot.

Lowe adds that at Sundara, he recently begrudgingly began using delivery apps, mostly because the platforms reach so many customers, although he does agree the margins can be high.

“We live in a world where we want convenience and variety at our fingertips,” she said. “We don’t necessarily have the opportunity to go to the grocery store all of the time and think of what to cook every night, but, we like trying new foods and new cuisines and sometimes ethnic foods that we can’t make. With delivery apps, we have access to all kinds of foods right at home.”

“There is a demand for it,” he said. “If you don’t deliver, you kind of disappear.”