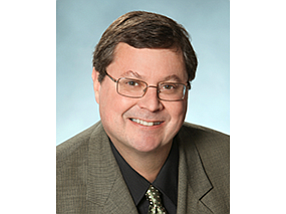 The 2017 tax reform legislation, commonly referred to as the Tax Cuts and Jobs Act, has a significant impact on individual taxpayers as well as businesses.

Here’s an overview of the most important changes affecting individual taxpayers in California.

Most individual tax brackets are now expanded at lower rates of around 3%. This includes the top marginal rate, which is now 37% instead of 39.6%. However, state and local taxes are no longer 100% deductible.

California is in the process of attempting to save the deductions through charitable contributions, which are still deductible. Legislation is pending to allow any state taxes to be credited against the state income tax and recharacterized as a charitable contribution. It’s unknown what the federal government reaction to this will be.

There’s also an expansion of exemptions and thresholds that limits exposure to the alternative minimum tax (AMT). The exemption deduction is doubled and doesn’t phaseout until taxable income under this system is in excess of $1 million for joint filers and $500,000 for all others.

With the elimination of most of the state and local tax deduction, the main source of add backs under this system was minimized, meaning fewer taxpayers will be subject to this flat 26% or 28% tax rate.

Increase of the Standard Deduction

The standard deduction is essentially doubled. For joint filers, the deduction is increased to $24,000 from $12,700; and for single and separate filers, it’s now $12,000 instead of $6,350.However, the previous personal exemption deductions—which were allowed at approximately $4,000 per exemption before subject to phase outs—are now eliminated.

Important modifications to itemized deductions include the following:

• There’s a cap of $10,000 for state income taxes, real estate taxes, and personal property taxes, meaning all amounts paid in excess of that amount are no longer deductible.

• There’s also a new limit on the home mortgage interest deduction for new mortgages. Interest is deductible on only $750,000 of mortgage loan indebtedness.

• The personal casualty loss deduction is also eliminated, which removes a deduction for certain losses to the personal property and residence of the taxpayer, such as significant damage occurring for unforeseen events and thefts of personal assets not covered by insurance.

• The threshold ceiling of adjusted total income regarding the limit to maximum charitable deductions in a tax year has been increased to 60% from 50%.

• The phaseout at 3% of adjusted gross income above certain limits of a taxpayer’s itemized deductions has been eliminated as well.

The expansion of the child tax credit and change in age for eligibility was increased from $1,000 to $2,000 per qualifying child for children under the age of 17, subject to a phaseout at certain income levels.

Increase of the Estate and Gift Tax Exemption

Owners of qualifying businesses are now permitted a pass-through business deduction of up to 20% of net business income, subject to some limitations. This deduction applies to owners of sole proprietorships, partnerships, and Scorporations.

Qualifying business income above certain threshold amounts is limited to the greater of:

Businesses with low wages, such as those that invest in real estate, may still be able to benefit from this deduction under the second limitation that considers the basis of depreciable property.

For joint filers with combined income under $315,000, all businesses qualify and there’s no W-2 wages or cost basis of depreciable property requirement to obtain the deduction of up to 20% of net business income. A phaseout of up to $415,000 applies for joint filers, while half of these amounts apply to single filers. However, certain service businesses don’t qualify when income exceeds these thresholds.

The expansion of Section 179 expensing for new and used qualifying business property was doubled to $1 million, and the phaseout begins at $2.5 million of fixed asset purchases. Changes to bonus depreciation and Section 179 expensing applies to businesses that aren’t pass-through entities, such as C corporations, as well.

Changes with tax reform can be overwhelming and complex. Consider discussing next steps for your household or business with a tax professional.

Individuals should consider identifying their levels of charitable contributions or anticipated medical expenditures and compare those levels to the allowed standard deductions on a year-by-year basis. This will allow them to bunch these deductions when it makes sense, and to do the opposite in years the standard deduction will be higher than itemizing deductions. The doubling of the estate and gift tax exemption is also potentially a valuable estate planning consideration for some families, especially considering this provision expires in 2026.

Bruce Knowlton has practiced public accounting over 25 years. He provides tax services to privately held companies in the manufacturing, distribution, and real estate industries. He can be reached at (858) 627-1407or bruce.knowlton@mossadams.com.