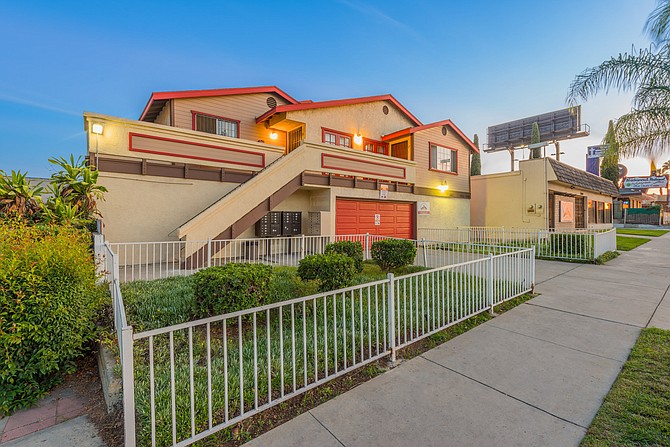 One of four buildings in the Prebys Campus Village

A four-building complex near San Diego State University that includes 86 apartments and three commercial spaces has been sold for $21 million.

The buyer was Home Sweet Home Holdings based in Los Angeles. The seller was Conrad Prebys Trust of San Diego.

The 4430 Dayton St., apartments were built in 1988 with nine three-bedroom, one bathroom apartments.