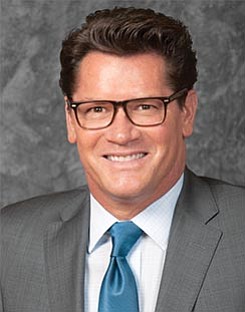 Robert Welch Jr. is descended from a long line of tribal leaders and is following in his mother’s footsteps as chairman of the Viejas Band of Kumeyaay Indians. His executive, management, and business experience spans nearly two decades and he is one of Viejas Casino’s original employees. He served as a lobbyist for the tribe and built relationships with state and federal elected officials during the 2001 campaign that granted tribal nations across the state the exclusive right to tribal gaming. In June 2017, the tribe hosted a topping off ceremony for Viejas Resort & Casino’s new all-suite tower that will feature an additional 159 suites, a lush new saltwater pool, two new restaurant concepts with global cuisine, a spa, salon, fitness center and more.

BUCKET LIST: Road trip through New England in the fall.

TOUGHEST CHALLENGE: State politics that challenge the sovereignty of our tribe.