Fundraising: In October raised $71.6 million in an initial public offering

Equillium went from founding to a Nasdaq listing in only 16 months, indicating a biotech moving at warp speed.

The company in October raised $71.6 million in an initial public offering, all for the sake of potential immuno-inflammatory treatments. That includes tackling a tissue transplant disease.

Serendipitous executive connections, an arrangement with an Indian pharmaceutical and an Indian manufacturing facility made the unconventional path possible.

Equillium built a foundation by licensing North American rights to the rechristened EQ001, a drug already approved in India for the skin condition psoriasis. The company envisions its proprietary biology moving EQ001 into other diseases. 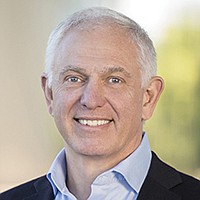 ‘A Lot of Clinical Experience’

“It’s about developing a product that’s already had a lot of clinical experience,” said CEO Dan Bradbury. “But it’s very, very new science that’s behind what we’re developing it for.”

On Dec. 19 the program received a fast-track designation, paving the way for more frequent interactions with the U.S. Food and Drug Administration, and possibly a quicker path to approval. A phase 1b/2 clinical trial is slated to begin in early 2019.

Prior to Equillium, Bradbury was the CEO of diabetes drugmaker Amylin, which Bristol-Myers Squibb and then AstraZeneca bought about five years ago. He planned to stick with running a family fund and board member roles — until this gig arose.

“The opportunity to develop Equillium for these immuno-inflammatory diseases was really too compelling, frankly,” he said.

Bradbury sits on the board of Biocon, an Indian pharmaceutical that licensed EQ001 to Equillium. In exchange, the pharmaceutical is eligible for $30 million upon regulatory approvals, and up to $565 million in sales payments, and a Biocon subsidiary has a 13.9 percent shareholder stake in Equillium post IPO. 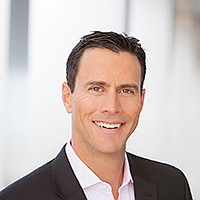 The deal originated when Bruce Steel, the managing director of BioMed Ventures, took an interest in EQ001. His office happens to border Bradbury’s — and so the two got to talking. 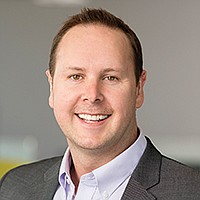 “It’s all kind of down to the ecosystem we have here in San Diego,” Bradbury said.

So, why jump to an IPO? Why not knock on the door of venture funds? The executives cited their close ties to public investors, and their experience in late-stage drug development, a point at which most biotechs are public.

“We were fortunate enough to have a number of funds that felt the programs were of high enough value that we could be successful raising on the public side,” Bradbury said.

EQ001 is designed to target the CD6 receptor, viewed as central in a variety of immuno-inflammatory diseases. Plans call for testing the compound in not only acute graft-versus-host disease, but also the chronic version, as well as severe asthma and another indication. In other words, a potential pipeline.

Equillium went public at $14 a share, the low end of an initial company estimate. Its stock has since slipped, standing at $11.04 as of Dec. 18.

In a note last month, Jefferies analyst Biren Amin issued a buy rating on Equillium stock with a $20 stock price target. He said company plans for proof-of-concept data in acute graft-versus-host disease would “differentiate in an increasingly competitive landscape.”

Amin listed one competitor: Delaware-based Incyte, which recently completed a mid-stage clinical trial in the condition.

Equillium’s Connelly said the company has an “intrinsic competitive advantage” across disease areas.

“The real innovation is our understanding of how this really unique, compelling biology could be leveraged to tackle diseases where other therapeutic mechanisms have failed,” Connelly said.

Time will tell whether the approach pans out. One thing that’s for sure: Equillium has momentum, largely related to Biocon clearing a path for EQ001 in North America.

Biocon would handle manufacturing should Equillium drugs win approval, under their agreement.

Biocon last year demonstrated to regulators that EQ001 is identical — or biocomparable to be precise — to the drug it’s selling in India, and the pharmaceutical’s Indian manufacturing facility is expected to serve Equillium.

“The good news from our point of view is that this product is already manufactured at full commercial scale in an FDA-approved facility,” Bradbury said. He added Biocon’s involvement helps keep Equillium lean, as the company only has 11 employees currently.

As another boost, Biocon last year completed a phase 1 study of a subcutaneous version of EQ001, a possibly quicker drug delivery method.

Besides a Biocon subsidiary’s 13.9 percent stake in Equillium, Bradbury has 22.1 percent, as does Steel, and Connelly’s slice comes to 7.7 percent, according to U.S. Securities and Exchange Commission paperwork.

In addition to the $71.6 million, the company has raised $9.4 million in convertible notes. In IPO filing paperwork, the company estimated a 24-month cash runway.