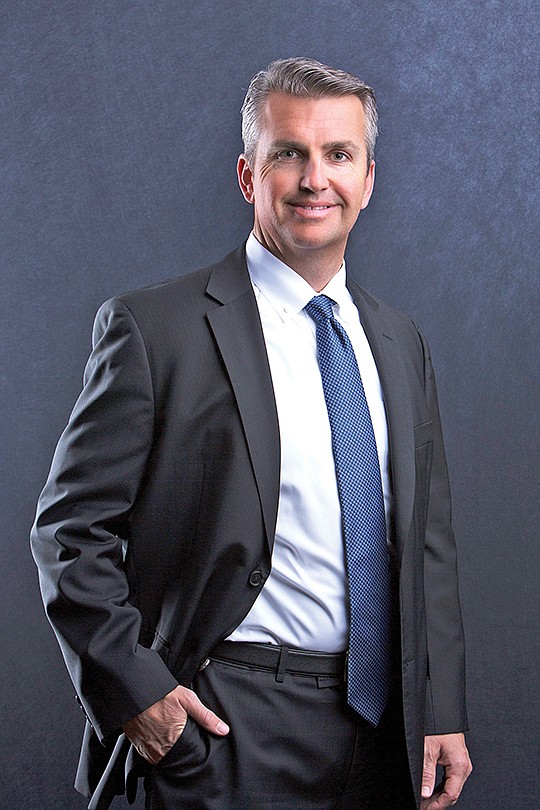 What does the word “internet” mean to you? For the average reader, it’s not quite what it meant during those heady dot-com days of 20 years ago.

Times changed. Technology moved on. They moved so far that bank industry CEO Gregory Garrabrants and his board had second thoughts about the name, BofI, which was derived from Bank of the Internet.

Ultimately they decided the name had to go.

In his office overlooking University City on a recent Monday, Garrabrants recalled the year 2000, when the institution was founded. “There was that first wave of internet companies and there was a lot of euphoria around the idea that the internet would change the way everything worked,” he said.

A Bank Without Branches

Bank of the Internet USA positioned itself as a bank without branches, and therefore a lower cost structure. By March 2002, then-CEO Gary Evans told the San Diego Business Journal he didn’t have a branch in everyone’s town, but a branch in everyone’s bedroom. “If someone wants to open an account with us at 3 a.m. on a Sunday, we can do it,” Evans said at the time. “We can transfer their money at that time, they can pay their bills at that time, they can reconcile their accounts then.”

Sixteen years later, the term internet no longer means something special. “People don’t think about (the internet) anymore as something that’s separate and apart from what they do,” Garrabrants said. “Everything is delivered at least in some combination utilizing the internet.”

The name had other connotations too, which were not always welcome. The company diversified as a financial services company, introducing areas such as business banking.

“The internet name implied something that really wasn’t true with our business model: that there wasn’t personalized service, or that there wasn’t (an ability) to tailor product offerings to customer sets,” the CEO said.

And strictly speaking, the institution is no longer a bank without branches. There is an Axos office in Orange County and a Los Angeles office is planned.

With all the changes — plus the decision to move the financial institution’s stock from the Nasdaq to the New York Stock Exchange — the company made the change. Its new ticker symbol is AX.

Axos approached the naming issue from a scientific, data-driven perspective.

The change involved several outside consultants, who delved into aspects as diverse as whether a potential name was trademarked and whether the internet address was available.

“The difficulty with picking names is that everybody thinks they’re an expert,” Garrabrants said. “If you ask the average person, ‘Should Qualcomm do some sort of investment in 5G (wireless technology),’ people will say, ‘I don’t know anything about that. Leave that to some expert.’ But if you ask anyone what they think of a name, and what you should do with it, they have an opinion. Everybody has an opinion.”

People with doctorates in linguistics got involved. An outside research firm dug into what certain proposed names might mean to certain people. Four finalists were narrowed down to one, which was Axos. (Garrabrants declined to give the other three potential names.)

Having hit on a final name, the financial institution hired a branding agency to come up with the graphic design: the appropriate type font, color and other artwork.

Approaching $10B in Assets

Axos expects to pass a significant milestone early next year: $10 billion in assets. Part of that growth has been by acquisition.

In November, the company closed its deposit assumption agreement with Nationwide Bank, an arm of Nationwide, the Fortune 100 insurance company based in Ohio. Axos Bank acquired $2.4 billion in deposits and 80,000 deposit accounts. Axos received cash equal to the book value of the deposit liabilities, less the purchase price premium of $14 million.

The move hearkens back to 2015, when the San Diego company took on the bank business of H&R Block.

Axos is waiting to close its acquisition of WiseBanyan Holding Inc., a Nevada-based provider of personal financial and investment management services. It announced plans to acquire WiseBanyan in October.