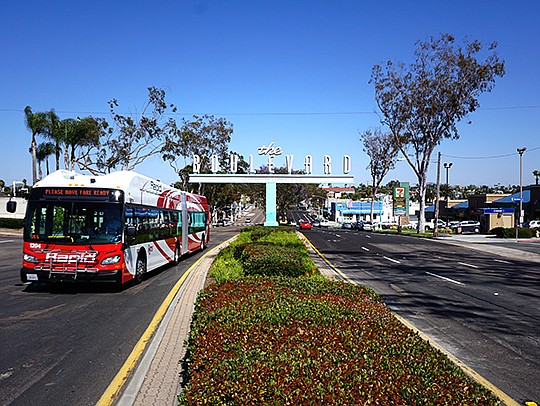 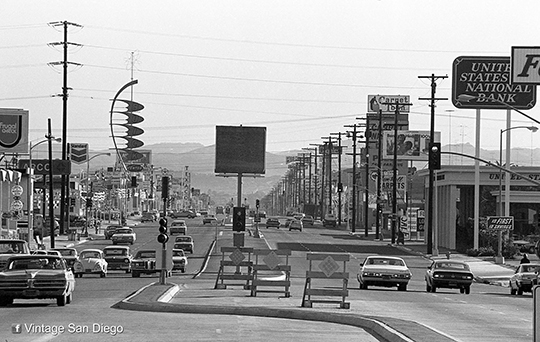 El Cajon Boulevard in the 1970s. Photo courtesy of Gregory May, Vintage San Diego on Facebook. Photo by Bill Reid. 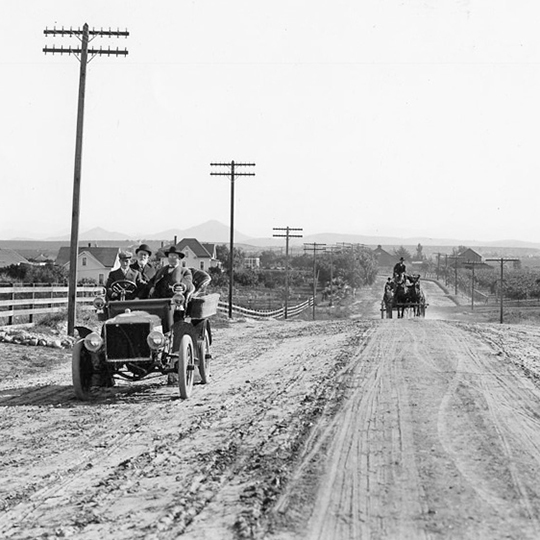 El Cajon Boulevard in 1910 was a far cry from the bustling retail district it became in its heyday. Photo courtesy of the El Cajon Business Improvement Association 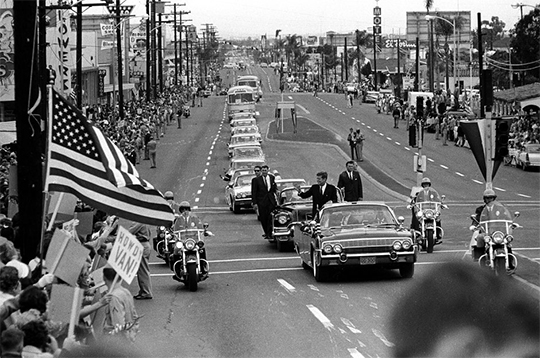 President Kennedy drove down El Cajon Boulevard in one of his visits to San Diego. Photo courtesy of the El Cajon Business Improvement Association

Before there was Mission Valley, there was El Cajon Boulevard. It was the place to go in San Diego to shop and dine. It was the main route into the city from the east.

Interstate 8 became the main route in and out of the city from the east.

Now, El Cajon Boulevard is back, or, at least, on its way back.

Major developers such as H.G. Fenton and Alliance Residential have invested in projects either on the boulevard or near it.

“You usually see those kind of developers in downtown San Diego. That tells you the progress of El Cajon Boulevard” said Alex Alemany, founding partner of the infill development firm Hub & Spokes Communities.

H.G Fenton is redeveloping the north side of the 2000 block of El Cajon Boulevard between Florida and Alabama streets with a mixed-use project it’s calling BLVD. The company declined to say what the project cost.

The project will include 165 apartments and 4,000 square feet of ground floor retail and restaurant space.

“North Park residents have been waiting for the site to be revitalized for more than a decade,” said Mike Neal, H.G. Fenton CEO. “We are thrilled to contribute to their smart growth mindset with BLVD’s transit-oriented location, eco-friendly design, and restaurant and retail spaces that will provide important community gathering spaces.”

“El Cajon Boulevard is very unique in that it’s one of the only areas of the city that is really zoned for high density,” O’Connor said. “Along with that, you have support from the stakeholders to do so. It’s prime for new development.”

While people in other sections of San Diego have fought efforts to increase density fearing it would destroy the character of their neighborhoods, El Cajon Boulevard has long been seen as the perfect place for transit oriented development that includes high-density projects such as H.G. Fenton’s.

O’Connor’s family owned O’Connor Church Goods store at 3720 El Cajon Blvd., for more than 50 years until the business relocated in 2016 to make way for one of those new developments — the San Diego County Office of Education’s 37ECB project that offers a variety of alternative education programs.

The BIA has an annual budget of about $250,000, most of which comes from fees paid by member businesses.

During its declining years in 1980s, 1990s and early 2000s, El Cajon Boulevard had an unsavory reputation as a place of prostitution activity bringing along with it a host of problems.

“For a long time, it was thought to be a seedy, crime-ridden corridor,” said Andrew Malick, director of Malick Infill Development.

“It’s really cleaned up. You don’t see the prostitutes there where you used to. You see active storefronts with restaurants, clothing stores, and coffee shops and gyms. There’s night life, there’s day life. It’s become a great, sort of urban place,” Malick said. “I’ve been bullish on the boulevard for 10 years. It’s a great area.”

O’Connor said shedding the stigma of the boulevard’s shady past is “part of the growing pains” of El Cajon Boulevard.

“We’ve come a long way and it’s nowhere where it was years ago, but we do have a way to go,” O’Connor said.

Much of the new development along El Cajon Boulevard has been west of Interstate 805.

“On the west end, you’ll see big buildings that weren’t there a month ago,” O’Connor said. “There, we’re rather mature. Crossing over the 805, I’d say we’re in the extremely infant stage, still trying to figure things out.”

One reason is that the two sections are subject to different rules because they’re in different community planning areas, Malick said.

There are more restrictions on property east of Interstate 805, requiring more extensive review, he said.

“All the properties I’m looking at are west of the 805,” Malick said.

One issue for developers is that much of the property along El Cajon Boulevard is divided into small lots, which have to be combined to build large projects. Alemany said “It’s a challenge to assemble for developers to go in there. It’s not going to happen as quickly as downtown.”

Developer David Iwashita, who is working on the 37 ECB project and has a mixed-use project in the works on 40th Street and Interstate 15, said El Cajon Boulevard is ready for a renaissance.

“You have the room and infrastructure and space to build out the mass transportation and the amenities that are needed to create plazas and to create places that really make a neighborhood special,” Iwashita said. “I really strive to create catalytic projects in these old neighborhoods, not to gentrify areas, but to take areas back to (be) safe places where people want to live and buy goods.”

“Treating your bus like a trolley is the next best step,” Forman said.