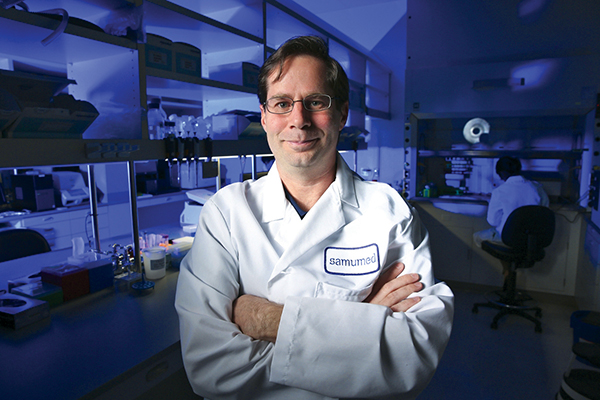 Osman Kibar is the CEO of Samumed, which recently hauled in a $438 million funding round. Samumed led the pack among a spate of large life sciences investments. File photo by Jamie Scott Lytle 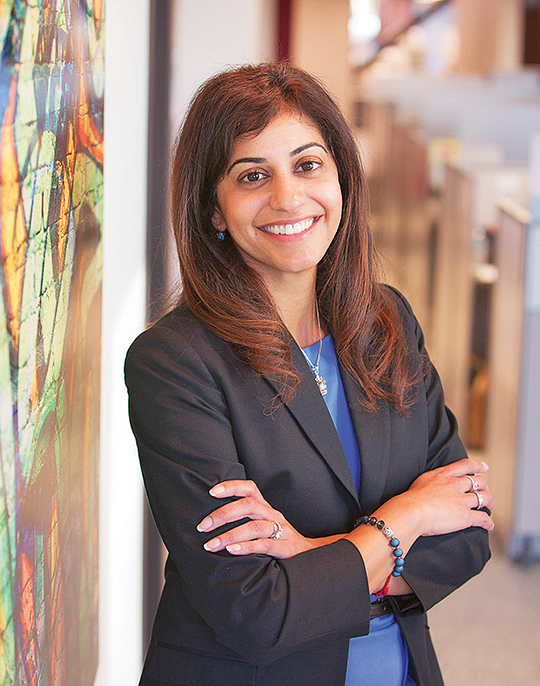 Sheila Gujrathi is the CEO of Gossamer Bio. The company has raised $330 million this year, evidence of a hot San Diego life sciences landscape. Photo courtesy of Gossamer Bio

San Diego — Cash is pouring into early-stage San Diego life sciences, with 2018 shaping up as a banner year, according to observers.

Investment in San Diego-based life sciences companies brought in a record $427.5 million of investment in the second quarter of 2018, a 32 percent year-over year jump, according to a July CBRE Group Inc. report.

(Other tallies of second quarter life sciences investment differ, but agree that it was a record.)

The still-unfolding third quarter already hit a new peak, on the basis alone of Samumed’s $438 million round, followed by Gossamer Bio’s $230 million series B financing.

Biotech watchers said it’s tough to say whether more huge rounds are coming, but nonetheless expect strong life sciences investment to continue through at least the end of the year.

“If my calendar is any proxy for what’s going on in the market, there’s a lot of activity,” said David Crean, the managing director of Objective Capital Partners, who leads the firm’s life science investment banking deals.

A Push to Invest

Crean said limited partners — investors in venture capital funds — are putting pressure on general partners to spend idle cash. San Diego has an array of innovative biotechs in which to invest, he added.

“Nationally, the IPO market has opened right up,” Crean said, adding there’s no indication of a bubble.

Callan said signs appear positive for regional biotech investment, but there’s no crystal ball for how long this holds up. He noted that he recently spoke with a few local CEOs on the topic.

“If the overall markets start to have a sell off kind of environment that could put the brakes on a lot of these deals,” he said.

For now, biotech is all the rage. Case in point, Samumed’s $438 million round this month brought its fundraising total to $650 million.

The company is developing medicines it says have the potential to regenerate damaged tissue. Prior to the round, Samumed was valued at $12 billion.

In addition to Gossamer’s $230 million round last month, the company launched with $100 million in financing earlier this year.

Gossamer plans to be a major force in San Diego for years to come, centered on an ambitious mission spanning disease areas in autoimmune, allergy/inflammation, immuno-oncology and fibrosis.

“I just think the size of the funds out there, along with quality of deals that are coming out of San Diego, make San Diego super well-positioned,” Krenn said.

He added beyond what’s public, he’s aware of two life sciences companies operating in stealth mode, one that’s raised $20 million, and another that took in $17 million.

In the first half of the year, life sciences dominated San Diego investment. In terms of deal size in the second quarter, the category took the top eight spots, according to CBRE.

Krenn said word is getting out about the recent spate of life sciences deals, shaking the region’s image as a sleepy beach town.

“People are starting to realize there’s real tech and real science coming out of the community,” he said.