Bob Nelson has resigned from the Unified Port of San Diego’s board of port commissioners, citing potential conflicts of interest with a new business venture and his plans to campaign in favor of a city ballot measure aimed at expanding the San Diego Convention Center. 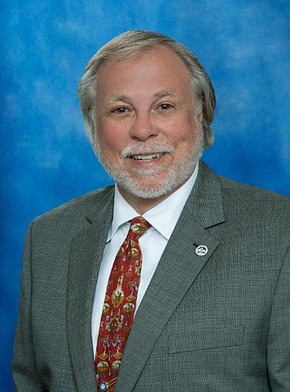 Nelson has represented the city of San Diego on the seven-member board since January 2011.

His decision to leave the port commissioner board, 19 months before the end of his term, comes as the port district may need to decide soon whether to side with the city on plans for a convention center expansion, or a development team’s proposal for a hotel planned for the same parcel of port-controlled land behind the current convention center.

Mayor Kevin Faulconer plans to bring to city council a proposed Nov. 7 ballot measure that would raise the city’s transient occupancy tax on hotel room bills by up to 3 percent, to pay for a convention center expansion and address related civic services including homeless services and street repairs.

A development team that includes Fifth Avenue Landing LLC and Robert Green Co. have threatened legal action if the city does not back away from plans to pursue the site, where convention center operators previously backed out of an agreement to acquire the site after an expansion funding mechanism was scuttled by a court in 2014.

Developers contend they have invested considerable resources in planning for a hotel, and new hotel rooms are mandated under developers’ leasehold with the port district. The port district will ultimately have to decide whether to enforce the leasehold requirement, or forego the requirement and side with the city on a convention center expansion if voters approve the mayor’s ballot measure.

Contiguous expansion of the center has previously been supported by the city, port district and California Coastal Commission.

“Before becoming a Port Commissioner, I spent nearly five years as a member of the Convention Center Board, working for a contiguous expansion to create more jobs for San Diegans, to pay for more neighborhood services throughout the City, and to generate new revenue to improve the Port,” Nelson said in a statement issued by the port district.

“The Convention Center expansion will face its final challenge when we go to the polls later this year,” Nelson said. “After 11 years working toward this milestone, I cannot now remain on the sidelines. At the same time, I do not believe the public trust would be served were I to campaign in the community for a yes vote by night, then make land-use and financial decisions about the related Port property by day.”

Under port rules, Nelson’s replacement will need to be selected by San Diego City Council. That person’s term will expire at the time when Nelson’s term was due to end, at which point the council can decide whether to renew the appointment or choose another person to fill the spot. The city of San Diego has a total of three members on the board of port commissioners.