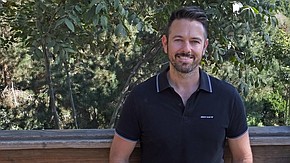 A principal landscape architect with CDLA, Brennan co-owns the firm with William Carson Joyce, his East Coast partner. The boutique design firm focuses on high-end residential and commercial clients in Southern California and New England. The firm's San Diego office, in Hillcrest for the past three years, is in the process of relocating to Golden Hill.

Brennan, 38, says he aims to use his role to engage the next generation of landscape architects, promote diversity in the profession and elevate the profession within the public realm.

He is an elected member of the Uptown Planners, an advisory board to the city of San Diego regarding land use in the neighborhoods of Bankers Hill/Park West, Middletown/Five Points, Mission Hills, Hillcrest and University Heights.

Projects Brennan has worked on include the Sofia Lofts, Alcazar Court and the Hillcrest Pride Flag and LGBT Monument. Carson Douglas is also on the team developing Solana 101, a mixed-use project along Highway 101 in Solana Beach.

The ASLA's San Diego chapter was established in 1976.