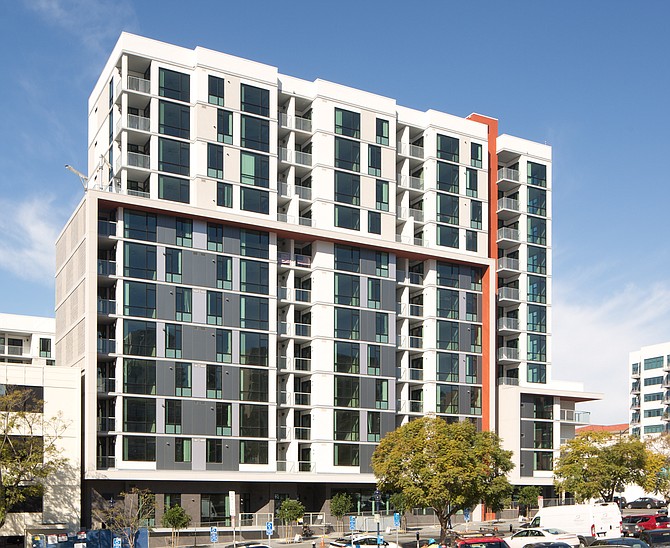 A statement from locally based Xpera CM, which provided construction management services, said the 12-story project included $60 million in construction costs. The first tenants have begun to move in, and developers have planned an official late May grand opening for the building at 1453 Fourth Ave.

The development is being leased to families earning between 30 and 60 percent of the San Diego area’s median income. The property also includes 51 units of supportive housing for adults needing assistance due to homelessness, mental disability or age.

The property includes a rooftop terrace and three levels of underground parking. Suffolk Construction was the general contractor, and the project’s architect was Joseph Wong Design Associates.

Xpera CM, an affiliated company of San Diego’s Xpera Group, has previously worked with Wakeland on residential projects including the mixed-use Lofts on Landis in Chula Vista and Home Front at Camp Anza. The latter is located at a former U.S. Army training camp site in Riverside.