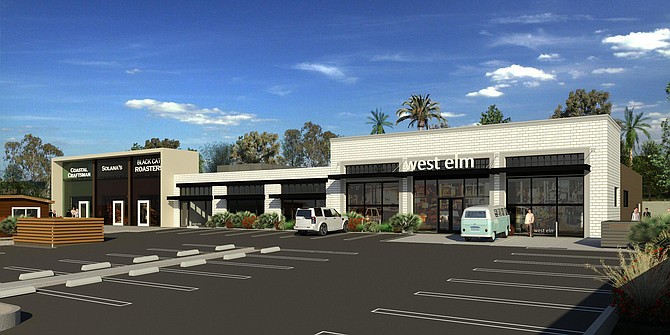 The 11,000-square-foot store at 212 S. Cedros Ave. will be the second in San Diego County for West Elm, which is owned by San Francisco-headquartered Williams-Sonoma. West Elm is based in Brooklyn, N.Y., and currently operates 92 stores including one at Westfield Mission Valley.

The new Solana Beach store is expected to employ approximately 30.

Terms of West Elm’s lease at Solana Beach were not disclosed. According to CBRE, which represented the tenant and property owner Brixton Capital of San Diego, the store will anchor a 16,579-square-foot building that is undergoing renovation and will include another 5,575 square feet of available street-front retail space.

CBRE’s Dave Hagglund and Robert Gunness represented Brixton, and the firm’s Carrie Bobb and Scott Muller represented West Elm. Brokers said the building, acquired by Brixton in January 2016, has a long history on Cedros Avenue and was originally developed as a roller rink in the 1970s before being converted into the Antique Mall in 1982.

West Elm joins other upscale national home furnishing retailers that have recently expanded in San Diego County, including Restoration Hardware and Room & Board.