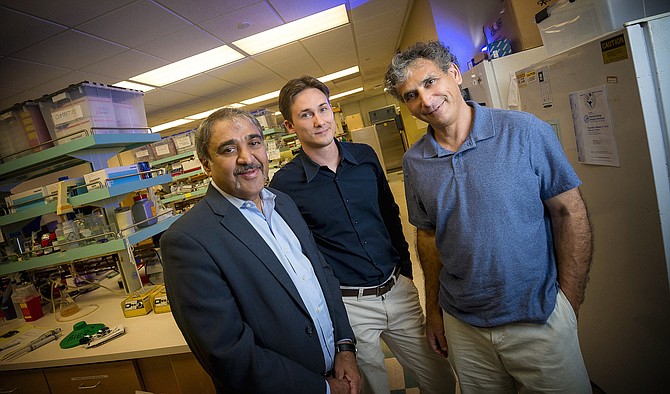 The University of California, San Diego is collaborating with Indian philanthropic organization Tata Trusts to establish a research organization in India called Tata Institute for Active Genetics and Society.

The institute, abbreviated to TIAGS, will be tasked with advancing global science and technology to help address pressing issues in health care and agriculture.

The initiative’s research will be focused in a field of research called Active Genetics. Developed at UC San Diego, active genetics is a field of genetics that incorporates a new method for generating mutations in both copies of a gene in a single generation called “gene drive.”

"Recent discoveries in genetics have created a new understanding of genes — not only just what they are or how they work, but also how they change or can be altered," said Ethan Bier, Professor of Biology at UC San Diego and Paul Allen Foundation Distinguished Investigator, who has pioneered the field of active genetics with UC San Diego postdoctoral fellow, Valentino Gantz. "This understanding, combined with novel technology of gene editing, has opened new areas for exploration that have potential applications in areas ranging from new health therapies, to prevention of the spread of disease, to agriculture uses."

One of the issues the institute will tackle will be to develop strains of mosquitoes that are unable to propagate malarial parasites, which could combat the spread of malaria in tropical regions around the world.

On top of the focus in active genetics, the institute will also focus on society and ethics, leveraging UC San Diego’s expertise in health, policy, economics, and ethics. The goal is to provide ethical guidance for the research activities in bioscience and the applications of new technology developed at the institute.

Suresh Subramani, a professor of biological sciences at UC San Diego, will be the inaugural director.

"Growing up in India, I looked up to the Tata Family as champions of philanthropy for the human good," said UC San Diego Chancellor Pradeep K. Khosla in a statement. "The Tata family's impact to bring about societal change and to build the country's infrastructure has been immeasurable. When Mr. Tata visited with researchers at UC San Diego, he was immediately drawn to the impact of the science and its strong linkages to bettering human society. It's a powerful partnership with unlimited potential to improve the world."