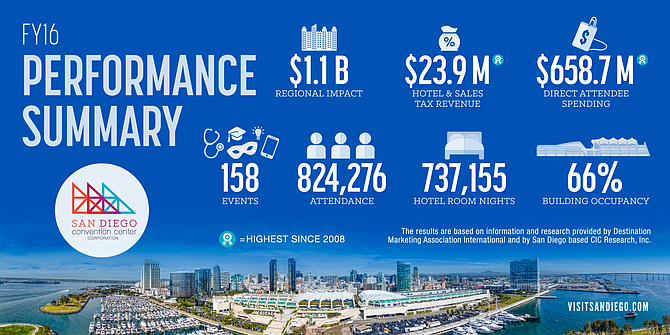 Comic-Con International, with an economic impact of $140 million, was the biggest generator out of 158 events held at the facility. Lightfair International generated $70.7 million, with the Realtors Conference rounding out the top three with $58 million in regional impact.

The facility also hosted 14 medical industry meetings, which accounted for nearly 30 percent of the overall economic impact during the 2016 fiscal year.

The convention center, which opened in 1989 and has an annual budget of approximately $36 million, delivered a regional economic impact of $1.06 billion in fiscal year 2015, including $624.7 million in direct attendee spending.