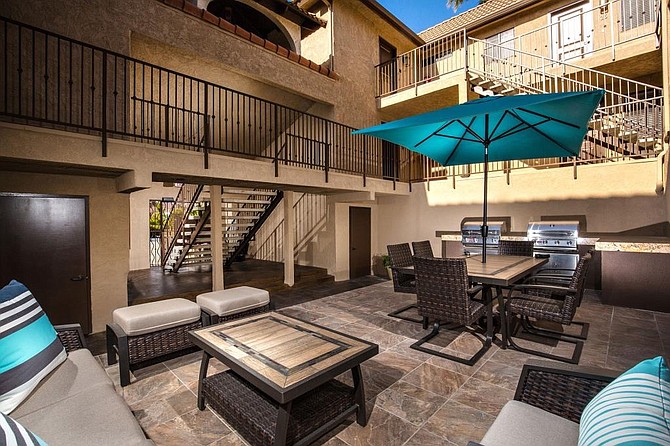 Operators have completed a $2 million renovation of The Stanley, a 26-unit apartment property in San Diego’s South Park neighborhood.

A statement from locally based Sunrise Management, which manages the property at 2827 A St., said improvements included the addition of oil-rubbed bronze fixtures, new tile accents, state-of-the-art appliances, an outdoor courtyard with barbecues, and a lounge area with views of the downtown skyline.

The two-story building, owned by a local entity recorded as 2827 A St. LLC, also has new signage and a new exterior with a modern Spanish style. Workright Property Services was the general contractor for the project.

According to CoStar Group and public data, the ownership entity is an affiliate of La Jolla-based London Investments, which purchased the property in September 2015 for approximately $3.3 million. The building was constructed in 1987 and was originally known as Fairway Palms.