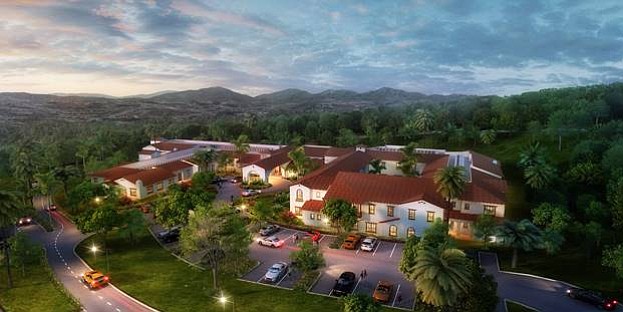 According to city documents, the project is being developed by The Glen at Scripps Ranch CCRC LLC, a Delaware limited liability company. Plans call for 450 assisted living units and 60 skilled nursing beds on a site at 10455 Pomerado Road, within the Scripps Miramar Ranch community planning area.

Land entitlements, permits and related project processing were overseen on behalf of the developer by Latitude 33, a San Diego-based planning and engineering firm, with design firms KTGY Architects and KTU+A Landscape Architects.

Melissa Krause, senior project manager with Latitude 33, said in a statement that the project addresses a housing need identified as a top priority by Scripps Ranch neighborhood and city leaders.

A portion of the project site currently contains a baseball field, while the remainder of the site is undeveloped open space. The project was originally submitted to the city by developers in 2011.