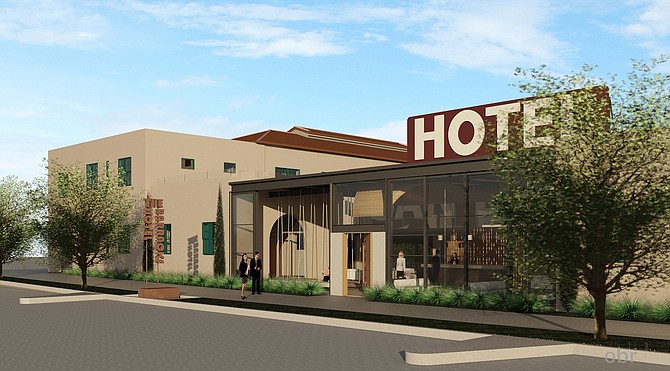 A statement from the developers said the project will make use of eight buildings at the former Naval Training Center that are nearly 100 years old. The buildings were occupied by recruits and top Navy brass from the 1920s until 1997, when the base was formally closed.

The hotel is planned for a portion of Liberty Station known as the Arts District. Construction on four barracks buildings, three former officer’s quarters and a former steam pump house will begin in mid-2017, with a projected completion in late 2018.

The project is a collaboration among McMillin, Untitled Hospitality and Liberty Station’s nonprofit NTC Foundation, which oversees redevelopment of the former base’s arts and cultural section. McMillin is an affiliated but separate entity of San Diego’s Corky McMillin Cos., the master developer at Liberty Station.

Developers said the hotel will have art as the primary focus, with curated and site-specific works in its guest rooms and lobby, as well as its planned gardens and pool deck.

“With The Barracks Hotel, we’re taking an unconventional approach in reviving Liberty Station’s deep-rooted history,” said Untitled Hospitality CEO Robert Cartwright. “We believe the best way to honor the past is to make it personally relevant in the present.”

The 360-acre former military base has seen the addition of several new art galleries, studios, museums, retail stores, restaurants, movie theaters and hotels over the past decade.