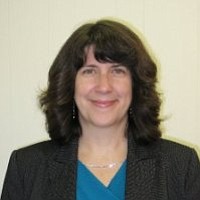 The trade group’s goal is to help grow the L.A. life science community, which is home to nearly 300 biopharmaceutical and medical device firms, according to BIOCOM.

"Los Angeles as a region has enormous potential to unify and thrive as a successful life science cluster," said Joe Panetta, president and CEO of BIOCOM, in a statement. "As we listen to the needs of the industry, we see activities and programs we can introduce, and best practices we can offer, to promote the success of L.A. as a life science powerhouse.”

Panetta said BIOCOM will advocate for the industry, and be a voice for venture capital funding, partnerships, tech transfer, and talent retention in L.A.

“We recognize a trend of entrepreneurs taking innovations they discovered in Los Angeles to companies in other parts of the country for further development and commercialization,” Panetta said. “As an experienced industry organization, BIOCOM can help bring together the elements needed to create a thriving life science community in Los Angeles."

In San Diego, BIOCOM has fostered one of the largest, most active life science clusters in the world. BIOCOM's Los Angeles office will work with BIOCOM's existing members in Los Angeles County, as well as other industry stakeholders, to identify the needs and opportunities of the region.

In conjunction with the expansion, BIOCOM appointed Dina Lozofsky as executive director of the new office.

Lozofsky comes from the University of California, Santa Barbara's Office of Technology and Industry Alliances, where she served as associate director for licensing and business development.

She brings more than two decades of experience in the science and technology industries of Southern California, where she has specialized in transferring ideas from academic institutions to entrepreneurs, and in commercializing those technologies once they are brought in-house.

Lozofsky is active on the board of the Los Angeles Venture Association and is a registered patent agent. She holds a bachelor's degree in aerospace engineering from the Massachusetts Institute of Technology and an M.B.A. from USC's Marshall School of Business, according to a BIOCOM’s news release.