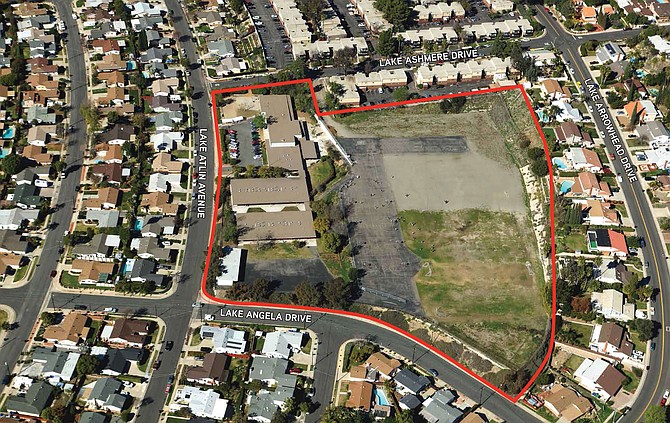 A buyer recorded as Preface JCR Lake Atlin LLC has acquired a San Diego land parcel that formerly housed an elementary school for $5.81 million, according to brokerage company Colliers International.

The seller of the 8.67-acre parcel, at 6365 Lake Atlin Ave. in the San Carlos neighborhood, was San Diego Unified School District, represented by Colliers’ David Santistevan, Ciara Trujillo and Gunder Creager. Brokers said the buyer is an Orange County-based developer that plans to redevelop the property into a single-family residential subdivision.

The property is the former site of Cleveland Elementary School and is currently occupied by Magnolia Science Academy.

Earlier this year, the San Diego Unified school board voted to sell the campus along with several other properties, to help balance the district’s budget. Cleveland Elementary was the site of an infamous 1979 school shooting in which two people were killed and nine were wounded.