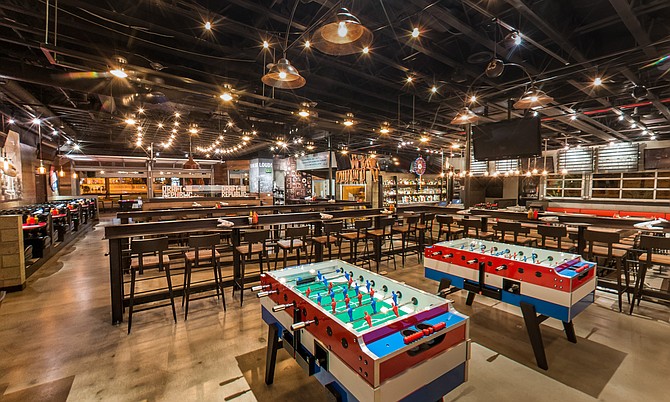 Draft Republic has nine fully retractable garage door installations that can be opened to create a more airy atmosphere, and the venue has a “neighborhood pub” vibe with picnic tables and game tables including foosball, ping pong, shuffleboard and billiards.

The executive chef is New Zealand native Mike Camplin, who previously worked at several top New York restaurants, and various chicken, beef and vegetarian items are also on the menu. The venue was designed by Philippe Beltran, who also designed Cohn restaurants such as OB Warehouse and BO-beau kitchen + bar.