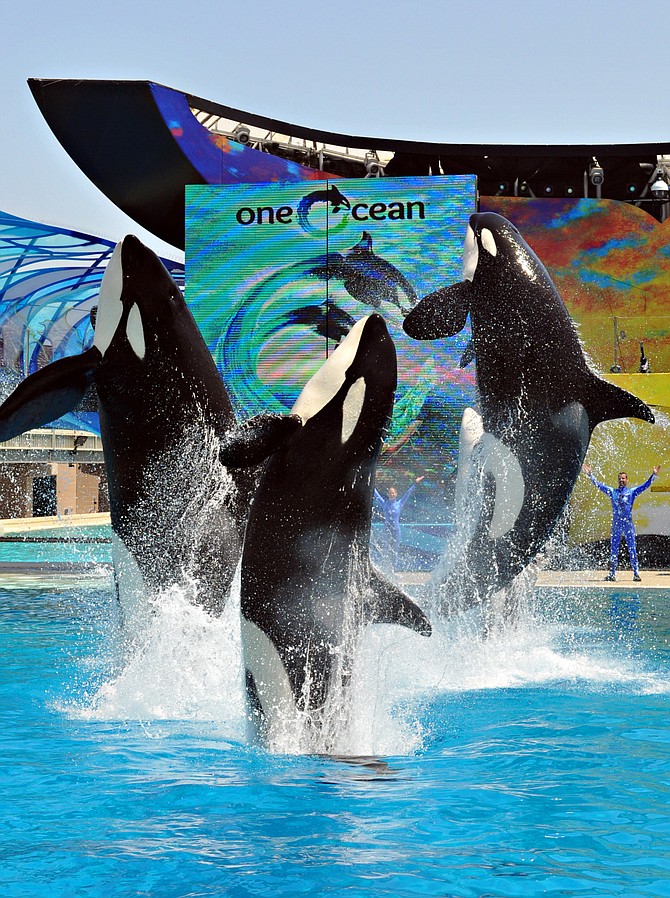 Florida-based SeaWorld Entertainment Inc. plans to nearly double the size of the killer whale enclosure at SeaWorld San Diego, part of a multimillion-dollar effort to address controversies and resulting business damage tied to concerns over its treatment of performing orcas.

CEO Jim Atchison said the company has also pledged $10 million in matching funds for killer whale research, and will embark on a partnership with prominent research programs focused on ocean health.

Referring to the company’s 50 years of marine animal research, starting with the opening of the first SeaWorld at Mission Bay, Atchison said the company’s new “Blue World Project” is intended to advance global understanding of killer whales, educate, and inspire conservation efforts.

The company, which operates a total of three SeaWorld facilities among its 11 U.S. theme parks, has recently seen flattening attendance and its stock price has taken a hit.

SeaWorld officials said the killer whale environment at SeaWorld San Diego will have a total water volume of 10 million gallons, nearly double that in the existing facility, when it opens to the public in 2018. Similar projects will follow at SeaWorld Orlando and SeaWorld San Antonio.

SeaWorld (NYSE: SEAS) does not disclose exact costs for its capital improvement projects, but the enclosure expansions will each likely cost tens of millions of dollars.

The SeaWorld San Diego facility will have a planned maximum depth of 50 feet, surface area of nearly 1.5 acres and a length of more than 350 feet. The new environment will also have interactive features and views exceeding 40 feet in height, providing visitors with “the world’s largest underwater viewing experience of killer whales,” officials said.

The environment will support whales’ broad range of behaviors, and challenge the orcas physically and mentally, the company said. There will also be a “fast water current” allowing whales to swim against moving water.

The $10 million in matching funds will go toward programs identified by the National Oceanic and Atmospheric Administration, related to endangered “southern resident” killer whales.

Officials said SeaWorld has also engaged an advisory panel to bring perspectives and ideas to the Blue World Project, including leaders of prominent zoo, aquarium and educational organizations.

"This is a desperate drop-in-the-bucket move to try to turn back the hands of time at a time when people understand the suffering of captive orcas, and it will not save the company," PETA Foundation Director of Animal Law Jared Goodman said. "What could save it would be the recognition that it needs not to make larger tanks but to turn the orcas out in seaside sanctuaries so that they can feel and experience the ocean again, hear their families, and one day be reunited with them. A bigger prison is still a prison."