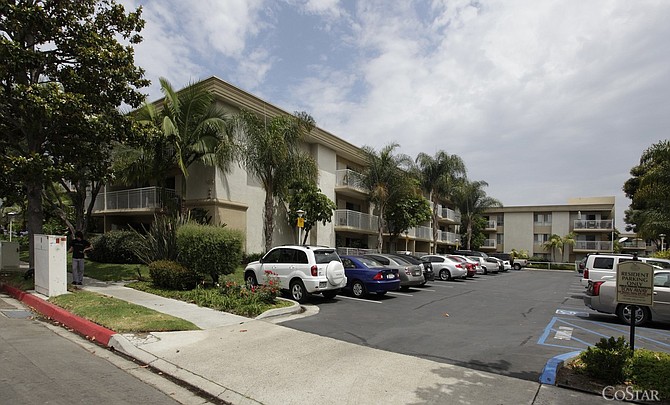 Photo by courtesy of CoStar Group

The seller was LaSalle Investment Management Inc. of Chicago, which represents large institutional clients such as pension funds and had owned the property since 1999. Miramontes said brokers in recent months gave 53 tours of the property and fielded numerous offers from national and international investment entities.

Coronado Bay Club, built in 1971and renovated in 2008, is among the region’s largest waterfront apartment complexes. It is located on 13.9 acres at 1515 Second St..

Alliance Residential is focused on multifamily developments and acquisitions, and plans extensive renovations at Coronado Bay Club. The company is also nearing completion on the 199-unit Broadstone Little Italy in downtown San Diego, and has apartment projects totaling 460 units underway in Banker’s Hill and Kearny Mesa.