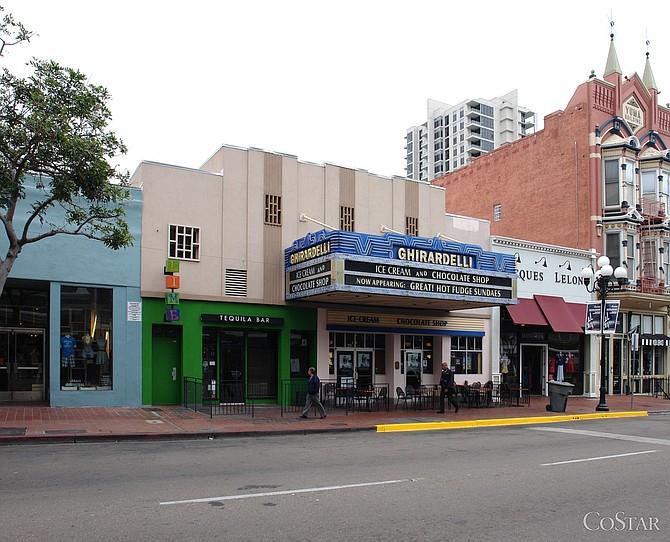 Commercial broker Danny Fitzgerald’s firm has fielded more than a dozen offers for the space being vacated by the popular Croce’s restaurant in the heart of the Gaslamp Quarter. A new tenant could be announced in mid-September by the property’s landlord, the Keating Hotel. Many of those queries are from major national and global restaurant industry players.

It’s a sign of the times in the bustling historic quarter, where an already tight supply of retail space has grown even tighter this year, and rising rents have spurred a series of property acquisitions by local and out-of-town investors.

“When any space becomes available now, 10 guys are waiting in line to occupy it,” said Fitzgerald, an associate vice president in the downtown office of Cassidy Turley San Diego.

Local brokers and investors said retail property in the Gaslamp — a 16-block district spanning from Fourth to Sixth avenues near Horton Plaza — is well poised to take advantage of the boom in downtown apartments. Nearly 2,000 new apartments are under construction or in the pipeline, the bulk of them in the nearby East Village and Little Italy.

Those apartments will bring people needing places to eat, drink and socialize within walking distance. Future new development at nearby Westfield Horton Plaza and the Embarcadero, as well the planned expansion at San Diego Convention Center, are expected to bring even more visitors to the Gaslamp.

The scenario is not lost on firms such as San Diego-based HP Investors LLC, led by industry veteran and company President Harki Parekh. The company in the past two years has acquired six downtown retail buildings, with an additional one under contract, within the Gaslamp Quarter and East Village.

The company’s most recent purchase was the Gaslamp building housing the Buca di Beppo restaurant on Sixth Avenue, which it acquired for $5.7 million.

“We are very positive on the downtown area,” said Sumeet Parekh, a principal at HP Investors. “We are not interested in flipping properties; we are really focused on long-term value in these types of urban centers.”

In 2012, the building at Sixth and G that once housed a Borders bookstore was acquired by locally based Monro Capital Inc., for $8 million. According to brokerage firm Cushman & Wakefield, which is handling leasing, the Brazilian-style steakhouse chain Fogo de Chao will debut on the building’s first floor this fall, joined on the second floor by education services provider Kaplan International, which is moving its local office from La Jolla.

London-based Kaplan International provides courses for international students, preparing them to study at American universities. David Maxwell, a senior associate in Cushman & Wakefield’s San Diego office, said the Gaslamp arrival of Kaplan is a natural outgrowth of a trend that has seen several education and language-services providers locate downtown over the past several years, partly to be near amenities convenient to students.

Brokers noted the first half of 2013 saw a significant acceleration in downtown retail leasing, following more than two years of slow to flat growth. Maxwell said downtown’s traditionally tightest retail neighborhoods — Little Italy and the Gaslamp Quarter — are now tighter than ever.

In the East Village, long the most sluggish downtown retail neighborhood, things are now perking up; retail vacancy has dropped from 15 to 11.4 percent in the past year.

“The younger demographic especially is moving to these urban cores,” Maxwell said. “As those apartments are finished in East Village, you’re going to be seeing the retail vacancy going down even more.”

Brokers said a large portion of the ground-floor retail spaces in still-to-be-completed mixed-use and apartment projects in East Village is spoken for.

In the Gaslamp Quarter, continued tightness amid rising demand will likely spur demolition of some older buildings to make way for new restaurants and hotels within the next two or three years, brokers said, provided the properties are not designated as historical sites.

By mid-2013, however, countywide retail vacancy had climbed to 6.7 percent, as the region recorded negative net absorption and rents dropped 4 percent from a year ago.

Local vacancy is still below the peak of 7.2 percent seen in mid-2009. Observers have noted that San Diego remains among the nation’s tightest major metro retail markets, due to limited land availability and other barriers to new