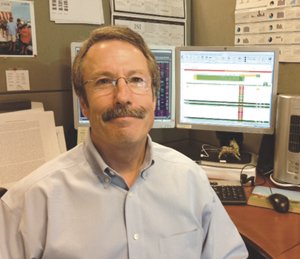 2013 is shaping up to be an interesting year for the banking industry. Historically, banks have grown in line with the gross domestic product (GDP) growth. Wells Fargo economists are forecasting 2.5 percent GDP growth in 2013 following 2 percent forecasted growth in 2012. Although FDIC insured banks posted $34.5 billion in profits in the second quarter of 2012, the 12th consecutive quarter of year-over-year growth in profitability, most bank stocks have struggled to regain pre-recession form. We are moderately optimistic on the banking industry in 2013, mostly because of the emerging housing market recovery and bank stock valuations.

There are many macro and micro headwinds to our favorable view. Chief among them is the current ultra low interest rate environment. The banking industry’s net interest margin (NIM – essentially the difference between what banks earn in interest versus their cost of capital) has been on the decline in 2012. The Federal Reserve has publically stated it will keep interest rates low until mid 2015 and recently initiated an open-ended pledge to buy $40 billion a month in mortgage bonds to keep interest rates low (often referred to as QE3). Bank earnings will be challenged as long as interest rates remain low and NIM declines.

A third major headwind is Washington and the public’s view of banks. Although politicians are quick to refer to the 2008 $700 billion TARP program as the great bank bailout, there is rarely a mention that the nation’s 30 largest banks have repaid those TARP loans, allowing the Federal Reserve to earn a 7 percent return on its investment.

Finally, the European debt crisis and recent news that the Euro zone has moved into a recession could negatively affect money center bank earnings.

On the positive side, banks will enter 2013 in their strongest capital position ever. Tier 1 Common Ratios of 9 percent to 10 percent are the norm, almost two times the required level of 5 percent. Non-performing loans and net charge offs (loans which a bank has given up on collecting) are at much reduced levels in 2012 versus 2011, and have improved sequentially in every quarter in 2012. Valuations are also very attractive for most bank stocks, with many trading below book value and almost all trading below their five year and 10-year historical averages.

The 2013 wildcard is the recovery in the housing market. There have been numerous signs that the housing market has entered into a sustainable recovery, including rising home sales prices, increased new housing starts, reductions in foreclosures which drive sales prices down, and a reduction in overall housing inventory to approximately a 6-month’s supply – the figure which has historically been considered market equilibrium. Rising home prices encourage banks to keep foreclosed homes off the market because they don’t have to realize losses on those loans and can wait to sell those properties at higher prices in the future. Foreclosures are a last resort for banks because they can really adversely affect earnings. A recovery in the housing market also has a multiplier effect on the general economy with every housing construction job creating three additional jobs.

We are cautiously optimistic on the state of the banking industry in 2013. The recovery in the housing market could positively affect bank earnings. The job creation affect of the housing construction industry should increase consumer confidence, which in turn could entice businesses to increase hiring because of an improving economy. Banks would likely make more loans (their most profitable product) because of increased demand from the private sector as the economy improves. Better than expected GDP growth and accelerated job growth would make us even more positive on the industry. Current bank stock price earnings (P/E) multiples indicate investors are not expecting much from banks in 2013. We believe bank stocks could surprise on the upside and as a result see banking industry positives outweighing the negatives.