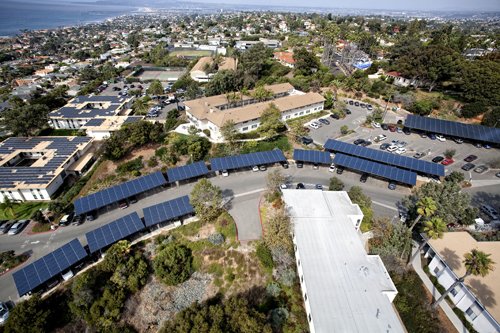 San Diego has been identified in the ‘California’s Solar Cities 2012’ report as a leading city in the state for number of solar roofs installed. Officials announced the report at the Point Loma Nazarene University campus, shown above, where a megawatt of solar power is generated by solar systems distributed on rooftops and carports.